Is A Space Mining War Inevitable?

Authored by Cecilia Jamasmie via Mining.com,

A brewing war to set a mining base in space is likely to see China and Russia joining forces to keep the US increasing attempts to dominate extra-terrestrial commerce at bay, experts warn 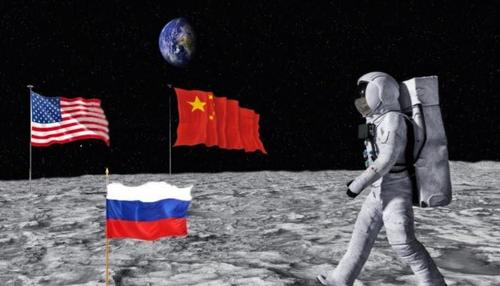 The Trump Administration took an active interest in space, announcing that America would return astronauts to the moon by 2024 and creating the Space Force as the newest branch of the US military.

It also proposed global legal framework for mining on the moon, called the Artemis Accords, encouraging citizens to mine the Earth’s natural satellite and other celestial bodies with commercial purposes.

The directive classified outer space as a “legally and physically unique domain of human activity” instead of a “global commons,” paving the way for mining the moon without any sort of international treaty.

Spearheaded by the US National Aeronautics and Space Administration (NASA), the Artemis Accords were signed in October by Australia, Canada, England, Japan, Luxembourg, Italy and the United Emirates. 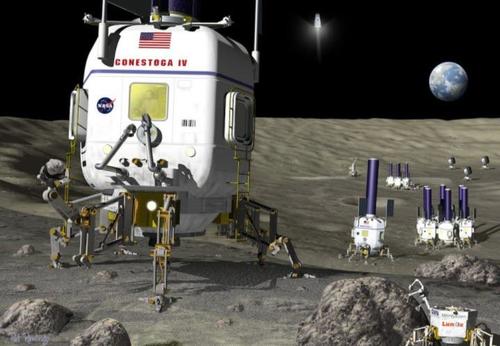 NASA is working on lunar bases that can travel on wheels, or even legs, increasing landing zone safety, provide equipment redundancy and improve the odds of making key discoveries. (Image courtesy of NASA.)

“Instead, the Artemis Accords have driven China and Russia toward increased cooperation in space out of fear and necessity,” he writes.

Russia’s space agency Roscosmos was the first to speak up, likening the policy to colonialism.

“There have already been examples in history when one country decided to start seizing territories in its interest — everyone remembers what came of it,” Roscosmos’ deputy general director for international cooperation, Sergey Saveliev, said at the time.

China, which made history in 2019 by becoming the first country to land a probe on the far side of the Moon, chose a different approach. Since the Artemis Accords were first announced, Beijing has approached Russia to jointly build a lunar research base.

President Xi Jinping has also he made sure China planted its flag on the Moon, which happened in December 2020, more than 50 years after the US reached the lunar surface.

The Next Wild West?

China has historically been excluded from the US-led international order in space. It is not a partner in the International Space Station (ISS) program, and a US legislative provision has limited NASA’s ability to cooperate with it in space since 2011.

“If the US managed to coordinate with the Soviet Union on space policy during the Cold War, it can find a way to cooperate with China now,” they note.

Slaughter, a former director of policy planning in the US State Department from 2009 to 2011, believes that President Joe Biden’s team should distance from Trump’s accords and instead pursue a new course within the UN Committee on the Peaceful Uses of Outer Space.

“Biden can restore some of America’s global legitimacy by working to establish a multilateral framework, negotiated with all relevant parties that protects areas of common interest while granting internationally accepted commercial opportunities,” Slaughter and Lawrence wrote.

It will not be an easy task, they say, but a necessary one. “Without an international framework that includes all major spacefaring countries, the moon could become the next Wild West.”

The race is on. It has been for a while. So much so that NASA has laid out a $28 billion plan to launch an unmanned mission around the moon in 2021, followed by a crewed moon flyby in 2023, then a lunar landing in 2024.

NASA plans to build a permanent moon-orbiting base called the Gateway, similar to the ISS. From there, the agency hopes to build a base on the lunar surface, where it can mine the resources required to fly the first astronauts to Mars.

Russia has been pursuing plans in recent years to return to the moon, potentially travelling further into outer space.

Roscosmos revealed in 2018 plans to establish a long-term base on the moon over the next two decades, while President Vladimir Putin has vowed to launch a mission to Mars “very soon.” 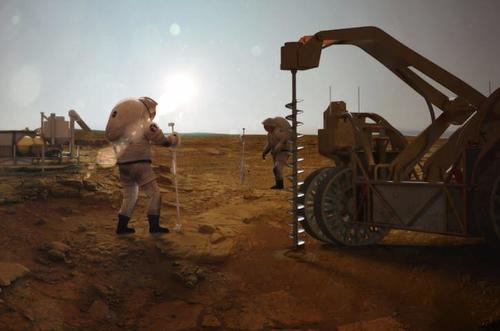 NASA outlined in 2019 its long-term approach to lunar exploration, which includes setting up a “base camp” on the moon’s south pole. (Artist’s rendition courtesy of NASA.)

The US, Russia and China are not the first nor the only nations to jump on board the lunar mining train.

Luxembourg, one of the first countries to set its eyes on the possibility of mining celestial bodies, created in 2018 a Space Agency (LSA) to boost exploration and commercial utilization of resources from Near Earth Objects.

Unlike NASA, LSA does not carry out research or launches. Its purpose is to accelerate collaborations between economic project leaders of the space sector, investors and other partners.

Luxembourg is also supporting a program to begin extracting resources from the Moon by 2025.

The mission, in charge of the European Space Agency in partnership with ArianeGroup, plans to extract waste-free nuclear energy thought to be worth trillions of dollars.

Both China and India have also floated ideas about extracting Helium-3 from the Earth’s natural satellite. Beijing has already landed on the moon twice in the 21st century, with more missions to follow.

In Canada, most initiatives have come from the private sector. One of the most touted was Northern Ontario-based Deltion Innovations partnership with Moon Express, the first American private space exploration firm to have been granted government permission to travel beyond Earth’s orbit.

Space ventures in the works include plans to mine asteroids, track space debris, build the first human settlement on Mars, and billionaire Elon Musk’s own plan for an unmanned mission to the red planet.

Geologists, as well as emerging companies, such as US-based Planetary Resources, a firm pioneering the space mining industry, believe asteroids are packed with iron ore, nickel and precious metals at much higher concentrations than those found on Earth, making up a market valued in the trillions.

On December 5, 2020, a metallic asteroid 140 miles wide and worth an estimated $10,000 quadrillion made its closest approach to our planet. 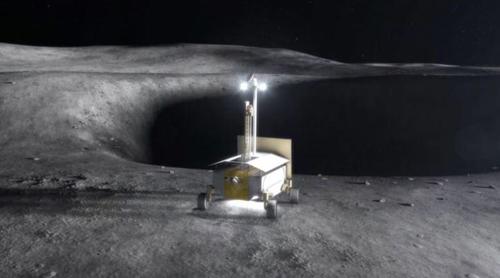 In this concept image, a resource prospector carrying a payload roves on the lunar surface. (Image courtesy of NASA.)

“With NASA and other companies investing in and developing nuclear power for use in space travel and colonization, the reality of mining asteroids is closer than ever before,” says Bob Goldstein, CEO of US Nuclear Corp.

With proven successful fusion energy experiments under their belt, US Nuclear and Magneto-Inertial Fusion Technologies (MIFTI) believe they are only a few years away from building the world’s first fusion power generator.

Fusion power releases up to four times as much energy as fission, and uses fuel that is lightweight, low-cost, safe, and sustainable.

A spacecraft with fusion-powered propulsion systems could reach the asteroid belt in as little as seven months. According to Goldstein, it could be powerful enough to transport the asteroid to an earth orbit where it would be much more efficient to mine and transport these valuable resources to earth.