Is The Reddit Rebellion About To Descend On The Precious Metals Market?

Precious metals ETFs and mining stocks are suddenly snapping higher this morning, raising questions about whether the Reddit Rebellion is migrating to one of the most manipulated markets of all.

Silver Bullion Market is one of the most manipulated on earth. Any short squeeze in silver paper shorts would be EPIC. We know billion banks are manipulating gold and silver to cover real inflation.

Both the industrial case and monetary case, debt printing has never been more favorable for the No. 1 inflation hedge Silver.

Inflation adjusted Silver should be at 1000$ instead of 25$. Link to post removed by mods.

Why not squeeze $SLV to real physical price.

Hi master!! In our debate about of which ETF is the best for our purposes (PSLV or SLV) I think that obviously the choice is SLV. Many people try to discredit it putting in doubt that it holds all the silver that it should, but I think that this had been always biased propaganda by the bullion dealers. SLV is run by BlackRock, who has many, many, many more assets under management than the SLV (in fact SLV is one of their smallest funds). Will such a leader of the investment industry put its reputation in risk??? Some years ago (in the darknest recent age of silver, about 2013-2015), the short interest in SLV was much higher than nowadays (about 25-30%). Ted Buttler always defended that shorting the SLV was not permitted by the ETF prospectus itself, because shorting one share inhibits the adding os one Oz of silver (you can sell one share to a new investor without issuing it). He initiated a public campaign against BlackRock by permitting it. The result was a legal threat of BlackRock to Buttler, he had to retreat, but magically the short interest started to decrease during the next weeks/months till “simbolic” levels. Even during this last year, where we witnessing silver inflow to the trust of several hundreds os Moz over the year before, the short interest of SLV itself didn’t rise. SLV itself has no meaningful short interest itself, but the arbitrage among it and the spot/futures market make the concentrated shorts of the Comex very vulnerable. And remember, the master of the crooks, the one with the biggest and more corrupt influences, JPM, is no longer in the short side, so it will be no threated and by that will do nothing.

Advantages of SLV over PSLV are clear:

And of course, it has options!!

Tldr- Corner the market. GV thinks its possible to squeeze $SLV, FUCK AFTER SEEING $AG AND $GME EVEN I THINK WE CAN DO IT. BUY $SLV GO ALL IN TH GAINZ WILL BE UNLIMITED. DEMAND PHYSICAL IF YOU CAN. FUCK THE BANKS.

Disclaimer: This is not Financial advice. I am not a financial services professional. This is my personal opinion and speculation as an uneducated and uninformed person.

On the heels of that, SLV is spiking 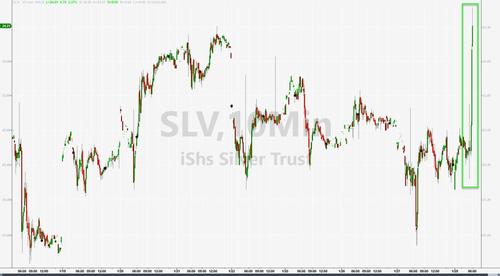 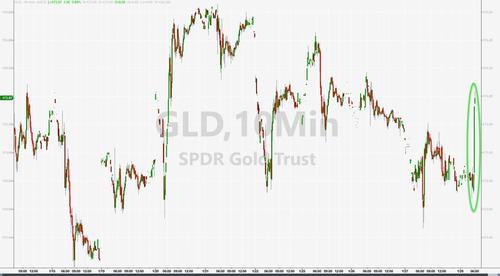 But it is the miners that are flying… for instance AG… 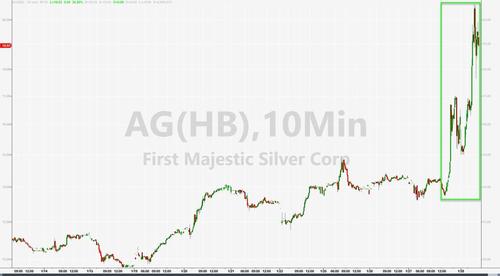 One thing is sure – if WSB’rs start messing with the primal source of BIS power, Benoit will be at his desk very fast…

And the regulators will stomp all over it!