The US reached a new COVID milestone yesterday, as the number of Americans who have received the first dose of the vaccine surpassed the number confirmed positive with the virus. Still, the US is just coming off the deadliest month since the beginning of the crisis, and cases and hospitalizations are only just starting to fall. 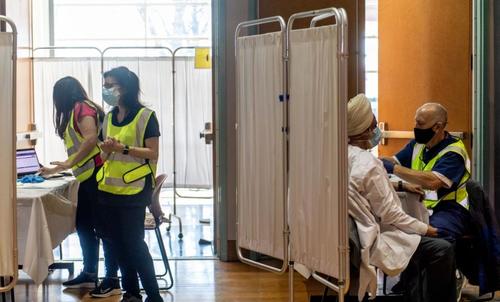 The US reported fewer than 120K new cases yesterday, its lowest daily level since November, while hospitalizations continued to retreat toward 90k, the lowest number since the fall. 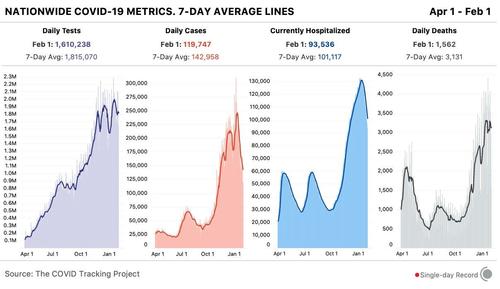 Hospitalizations are falling in virtually every state. 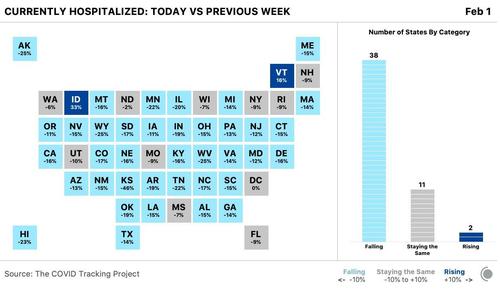 The big question for the US is the same as for Europe: will the hyper-infectious “mutant” strains cause a reversal in the trend, or break through the vaccines to cause yet another wave of COVID, leaving vaccinemakers constantly racing to update their product? Patterns in the EU largely mirror the US. 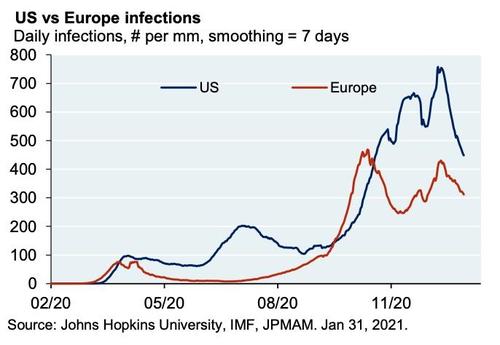 But with deaths so close to the peak, and Italy kicking off its post-holiday reopening Tuesday, mutant strains are still causing concern. 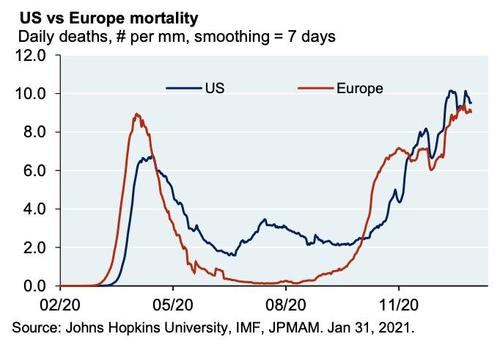 Moving on from the US, the battle over AstraZeneca doses in Europe appeared to die down, as Chancellor Angela Merkel promised all Germans a first vaccine dose by the end of September, (provided the drugmaker sticks to its delivery commitments). Dubai has become the latest country in the Middle East to authorize the vaccine.

In the UK, virus-linked deaths in England and Wales reached their second-highest level since the start of the pandemic, highlighting the severity of the latest wave.

Despite boasting the highest vaccination rate in the land, Israel is finding the virus stubbornly hard to defeat as new cases bounce back. Indeed, cases might even be rising despite the number of vaccinations, and a nationwide lockdown that continues. While the vast majority of those over 80 have been vaccinated, the nation’s campaign is stalling. 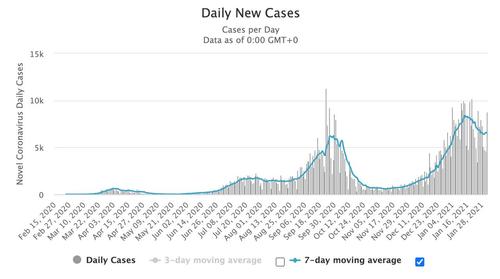 While 83% of the 60-plus age group has been inoculated, the vaccination program among that part of the population has mostly stalled, the center said. Israel is aiming for 95% vaccination rate among that age group,

In Asia, Japanese Prime Minister Yoshihide Suga extended the state of emergency in 10 prefectures on Tuesday, including Tokyo, will be extended by a month to March 7. However, the extension will not cover Tochigi Prefecture, where the number of new infections is judged to have dropped sufficiently. Suga added that while the number of infections has fallen in some places, it is too soon to lift restrictions: “It is obvious that the number of new cases has decreased in Tokyo and elsewhere since the declaration of the state of emergency. Focusing on restaurants to ask for cooperation has been effective,” Suga said. “We want to ensure that the current measures are thoroughly implemented so that the declaration can be promptly lifted.” 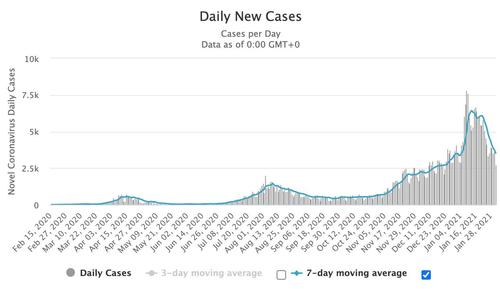 …while deaths have risen. 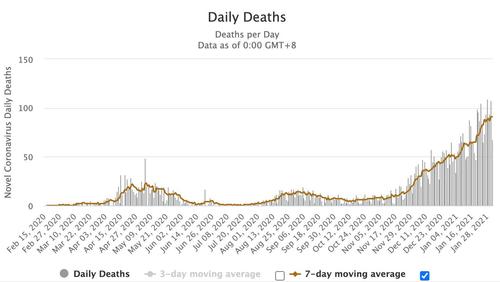 Here’s a roundup of more COVID news from overnight and Tuesday morning:

China reports 30 cases, the fewest in a month, as Beijing tries to convince the world that its latest outbreak in Hebei Province, surrounding Beijing, has finally passed.