As if the EU vaccination rollout wasn’t already chaotic enough, officers from a Italian law-enforcement agency have discovered 29MM doses of the AstraZeneca COVID jab at a factory in the town of Anagni.

Over the past couple of weeks, the European Commission has threatened to halt AstraZeneca vaccine exports from European factories until member states receive all of the doses they were promised by AstraZeneca, which has struggled with manufacturing issues in certain European factories, notably one in the Netherlands. In a last-minute burst of diplomacy, the UK Sources said the UK government was keen to offer support and expertise at the AstraZeneca vaccine production plant in the Netherlands, which is run by the subcontractor Halix, to help scale up production. 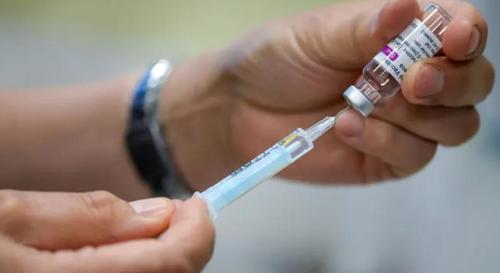 The Anagni plant is run by US company Catalent, a subcontractor that takes vaccine drug substance from other AstraZeneca suppliers and uses it to produce finished doses, which it then hands over to AstraZeneca to ship wherever the company has existing orders. In addition to the safety snafu caused by a handful of cases of rare blood clots, Brussels has slammed the drugmaker for failing to meet its commitments to EU members.

Doses were found languishing in the Anagni facility, which is located not far (about 70km) from the Italian capital of Rome. Some greeted the news with groans, as it appeared to be evidence of incompetence in Brussels. On social media, some wondered how so many doses could be misplaced?

Lovely: #AstraZeneca hid 29 million doses of vaccines in a filling facility close to Rome – but pretended it sadly, sadly was unable to fulfill its contractual obligations vis-à-vis the EU. @ThierryBreton asked Italian inspectors to have a look, and voilà. https://t.co/D1uevi7DoD

According to a statement from an AstraZeneca company spokesman, 16MM of the doses were slated for Europe, while the rest were earmarked for the WHO’s COVAX program. They disputed the notion that the doses were due to be shipped somewhere else. The company added that the doses were manufactured outside the EU, but were sent to the Anagni facility for a quality control overview, after which they will be released to their respective destinations.

“It is incorrect to describe this as a stockpile. The process of manufacturing vaccines is very complex and time consuming. In particular, vaccine doses must wait for quality control clearance after the filling of vials is completed,” the company spokesman insisted.

As the FT explains, France and other EU member states are furious that factories across Europe have been exporting millions of doses to foreign markets while the EU has seemingly received no doses from elsewhere.

“Europe doesn’t want to be a useful idiot in all this,” the French official said, insisting that the EU was not targeting the UK but rather trying to ensure that AstraZeneca — which has cut planned delivery targets — fulfilled its commitments to the EU. “We have no interest or desire to have a permanent bilateral polemic with the UK, but we are dealing with the facts,” the official said. “Millions of doses have been exported to the UK, and no doses have been exported in the other direction…Justice demands that we can call for reciprocity.”

The EU Commission published draft legislation detailing changes to its export rules. As we explained in a preview yesterday, Brussels will impose new guidelines to try and ensure “reciprocity” – ie that the EU imports as many jabs as it exports – with any countries that receive jabs made in the EU. The whole controversy started as a spat with the UK, as EU Commission head Ursula von der Leyen first threatened to cut off nearly all supplies to the former EU member state.

“We have to ensure timely and sufficient vaccine deliveries to EU citizens,” von der Leyen said in a statement. “The EU is the only major Organization for Economic Cooperation and Development producer that continues to export vaccines at large scale to dozens of countries, but open roads should run in both directions.”

When EU leaders hold a summit on Thursday, they’re expected to proclaim that the “situation remains serious” and that “restrictions, including non-essential travel, must therefore be upheld,” according to an EU document seen by Bloomberg. Speaking to reporters in Brussels, European Commission Executive Vice President Valdis Dombrovskis said “th most important thing at this crucial moment is to stabilize and accelerate the delivery of vaccines.”

So far, the only vaccine exports blocked by the EU have been 250,000 AstraZeneca doses from Italy destined for Australia.