Hours after President Joe Biden delivered his first prime-time address in the US, the Italian government seemingly marked the one-year anniversary of the start of Italy’s own bloody spring by calling for an emergency lockdown amid growing fears about the threat posed  by mutated COVID strains.

The Mario Draghi-led Italian government leaked a draft of its latest closure order to Reuters: According to the plan, Italy will be placed under lockdown during the Easter holiday weekend as the Italian government works to stem a mutant-inspired rise in new COVID cases. 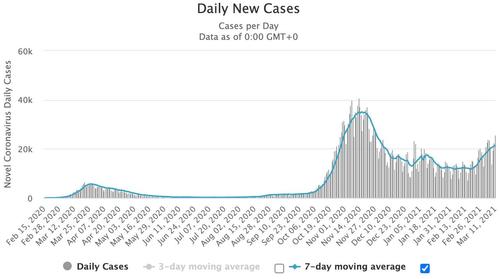 According to the order, Italy will see non-essential shops closed from April 3 to April 5, with people only allowed to leave their homes for work, health or emergency reasons. It’s expected the degree could send many regions, including population centers Rome and Milan, into full lockdown. As many as 14 of Italy’s 20 regions could face the most restrictive controls. Ultimately, 2/3rds of Italians could be affected.

Draghi’s cabinet was due to start meeting at 1130 local time (530ET) on Friday to decide whether to automatically designate regions as high-risk “red zones” if they have more than 250 weekly cases per 100,000 inhabitants, according to a draft of a new decree seen by Bloomberg. The draft is subject to change. 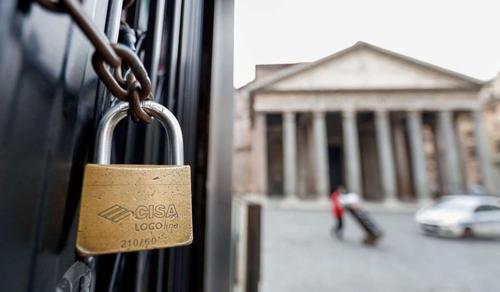 The draft decree also said that as of Monday curbs will be tightened in the country’s low-risk ‘yellow’ regions, where movement between towns will be severely limited and restaurants and bars will be closed. Along with nationwide measures, Italy calibrates restrictions in its 20 regions according to a four-tier colour-coded system (white, yellow, orange and red) based on infection levels and revised every week.

Italy’s new order is expected to be approved later on Friday.

The Brokers Are Breaking… Again

One Cheese Glob, Indivisible, With Deception and Takeover for All