Italy’s Economic Future May Depend On One Man, And It’s Not Draghi

Turns out, the politics of building an “apolitical” government of national unity aren’t so simple. And as former ECB President Mario Draghi struggles to win enough support in Italy’s bicameral legislature to form a new government that will dole out COVID aide from the European rescue fund, it’s looking increasingly likely that whether Draghi succeeds, or fails, will come down to one man: The League leader Matteo Salvini.

Salvini is no stranger to the Italian spotlight. As one of the country’s most popular, and most recognizable, politicians, he leads the right-wing party the League, which led Italy in an “anti-establishment”, “openly euroskeptic” coalition with the left-wing Five Star Movement until Salvini and his peers were forced back into the opposition after a political gambit in the summer of 2019 that went sour. 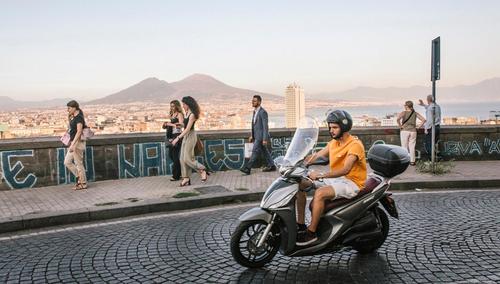 He has long been believed to be the most popular politician in the country, though his popularity on the right has waned as another party, the Brothers of Italy led by Georgia Meloni, whose popularity has reportedly been stealing from the League. With Salvini’s support having taken a hit over the past year, he now finds himself at a critical crossroads. Yesterday, while the Five Star Movement’s leaders were insisting the party wouldn’t back the Draghi government (even as members privately weighed resigning to support Draghi over new elections), Salvini said that while he remains skeptical of Brussels and the European establishment in general, he was “open” to the notion of a Draghi-led government of national unity.

But as the FT points out in a piece analyzing Salvini’s position, Salvini likely isn’t acting on principle alone. Italy’s business community, a key faction within the League’s pool of support, wants Draghi in office for the sake of the economy.  He’s not alone in relying on politics. Many Five Star MPs who are considering breaking with the party leadership fear the snap elections, since their party has seen support decline during the year since the COVID pandemic started.

Plus, there’s another key group rooting for Draghi to succeed: Investors: Italian assets surged after former ECB President Mario Draghi accepted the mandate from President Sergio Matteralla. On Wednesday, the FTSE MIB jumped +2.09% to far outpace the other European bourses, and the spread of 10yr Italian yields over bunds tightened by -8.9bps to their narrowest level in nearly 5 years. Indeed, that’s the biggest one-day decline in spreads since June, back when the ECB first announced a €600BN expansion of its QE program. Investors are betting that, with all the pressure mounting on politicians, even those from the “anti-establishment” wing, they will have virtually no choice but to confirm Draghi.

Especially since, by not opting for elections, Italy’s politicians would almost certainly trigger a massive selloff in Italian stocks and bonds, sending borrowing costs soaring at an inopportune time. Even if Draghi is voted down once, Italian politicians certainly wouldn’t make that mistake twice.

Here’s what a group of political analysts quoted by the FT said about the Salvini situation (Text courtesy of the FT):

Meanwhile, the outlook for the Five Star Movement is also complicated.

Earlier on Thursday, Salvini said he and the League wouldn’t support a Draghi government if it’s supported by Five Star. Since Five Star’s leaders have already officially said they won’t support it, this doesn’t tell us much new. Elsewhere, Giuseppe Conte, Italy’s outgoing technocrat PM, and Silvio Berlusconi, the center-right mogul who was one of Italy’s longest-serving post-war leaders, and still leads a political faction of his home, have both expressed support for the government.

As we noted last night, Draghi’s job as Prime Minister comes at a unique juncture. The high profile, and fundamentally technocratic, government he is likely to head will not have the hard task of implementing fiscal consolidation but rather the opposite. His government will need to make sure that the available fiscal support provided through the Recovery and Resilience Facility (RRF) is employed promptly and effectively.

Meanwhile, whatever Salvini decides, if he continues to stall, markets might get nervous.

WHO Team ‘Tightly Controlled’ By CCP During COVID-19 Origins Investigation