It’s Not What You ‘Know’, It’s What The Market ‘Believes’ That Matters

The greatest truth about markets is it’s not what you think you know that matters. It’s what other people collectively think they know that counts.

You may be a bone fide financial genius knowing the exact value of everything – but the market is just an enormous calculating machine.

It may completely ignore your value and set a very, very different price. 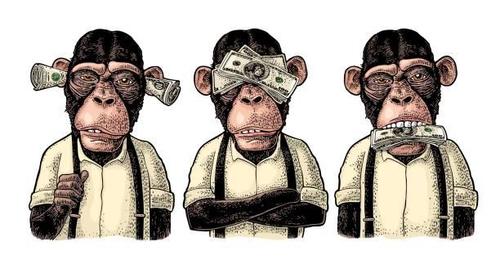 All of which means I can’t really explain why Tech stocks were off on a tear yesterday. Maybe it’s the cheques American’s are about to get through the post as a result of Stimulus Package 1.9? A relief rally? Or short-covering? Time to load up more on my Tesla leveraged short ETF I think.

Or maybe it was GameStop saying it’s going to become an ecommerce business (the whole point being it the company’s insistence on remaining highstreet retailer that attracted all the shorts earlier this year!) I wonder how long before GameStop is taken out by a SPAC?

When it comes to value I’m struggling to know what makes tech stocks – including great names like Apple, Amazon, Microsoft et al – worth so much more today than they were a year ago as Lockdown started to bite? What’s changed? That’s my intellectual contribution to the debate – they are good companies and worth holding, but not at these prices.

But the world does change. One thing I like more and more is Netflix – but that’s largely due to She-Who-is-Mrs-Blain and I having a new top series to watch: “Call My Agent”. It’s a remarkable and genuinely clever French programme that actually makes Parisians seem likable! Of course, we all know the denizens of Paris are the worst people in the world, making New Yorkers and Londoner’s appear calm and reasonable. Until I suddenly worked out last night I care far more about these characters than I ever had on any UK drama. The hook of the programme is having genuine French stars play themselves, often irreverently.

It set me thinking? I am becoming a closet Frogophile? The other great hit of the year has been “Emily in Paris”.  Gosh! I have a sudden urge to learn French and start watch French art-house films. Is it just me?

It’s interesting – a year ago I was a Netflix uber-bear on the basis mounting competition would swamp them. Disney would dominate quality programming, while Apple-TV would be savvy watching. A host of new cheaper entrants from Britbox to Starzplay would eat its lunch. But its not happened. Apart The Boys, Lower Deck, and The Expanse on Prime, Netflix gets most of our viewing. Apple has failed to deliver much. Disney even less so after you’ve watched all the Jeff Goldblum programmes.

For the life of me I can’t work out Telsa.. but hey-ho. Up 20% in a day? Whatever. Whom am I am to argue. I shall use it as a selling opportunity.