That’s how Anish Puaar, a market structure analyst at Rosenblatt Securities in London, describes the fact that London just lost its status as the home of EU share trading. 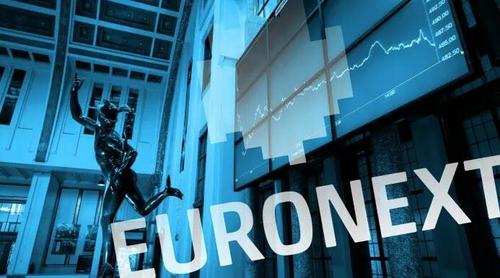 As The Financial Times reports, as Amsterdam surpassed London as Europe’s largest share trading center last month as the Holland scooped up business lost by the UK since Brexit.

An average €9.2bn shares a day were traded on Euronext Amsterdam and the Dutch arms of CBOE Europe and Turquoise in January, a more than fourfold increase from December, as volumes in London fell sharply. 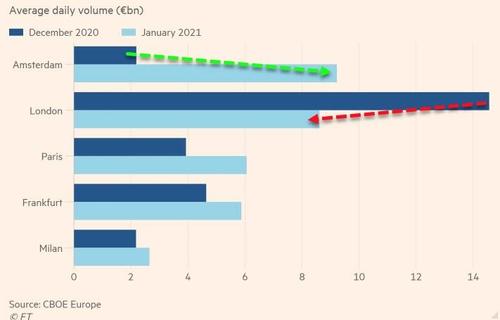 The shift was prompted by a ban on EU-based financial institutions trading in London because Brussels has not recognised UK exchanges and trading venues as having the same supervisory status as its own.

However, while the shift is dramatic Puaar notes that, London “has a chance to carve out its own niche on trading.”

“Fund managers will be more concerned with availability of liquidity and the costs of placing a trade, rather than whether an order is executed in London or Amsterdam,”

Still, the large move in share trading to Amsterdam makes the city one of the early winners from Brexit.

Stockman On Reefer Madness And More