His Apple Daily tabloid reported that Lai has been arrested again, this time for suspicion of assisting one of 12 fugitives China captured at sea last year. Western media outlets quickly picked up the reports. 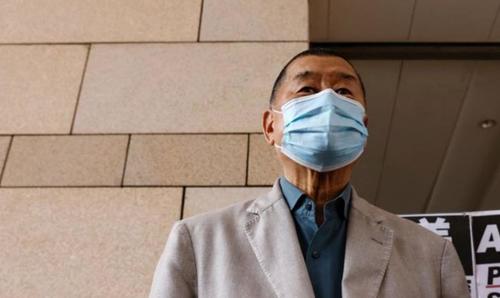 Lai, who is being detained while awaiting a bail hearing on Thursday, has been charged with colluding with foreign forces under the new law.

China’s coast guard captured the 12 fugitives in August as they tried to flee Hong Kong in a boat believed to be bound for Taiwan. All were held in a mainland China prison until a trial in late December. Ten were jailed for terms ranging from seven months to three years for illegally crossing the border, or helping to organize the crossing, while two minors were sent back to Hong Kong.

Papers later identified that Andy Li, one of the 12, as the individual Lai was suspected of helping, though it seems police in HK have had no further comment on the issue.

Lai was already the most high-profile person to be charged under the new security law. His prior charges related to statements he made on July 30 and Aug. 18, in which prosecutors say he requested foreign help for Hong Kong, something the new Beijing-imposed security law no longer allows.

“Leadership Is Shifting”: Goldman Says Business Sentiment, Job Growth And QE Have Peaked – What Happens Next