While we already knew that the US labor market started off 2021 with a whimper after the BLS reported that January jobs were a disappointing 166K, badly missing expectations (granted before the February surge), what we didn’t know is that in a notable offset, January saw a surge in job openings which spiked by 165K to 6.917MM, the highest level since the pre-covid highs of February when there were just over 7 million job openings. 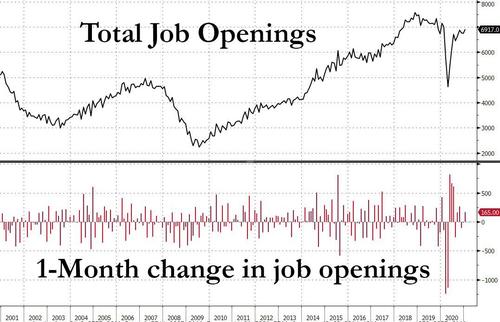 The increase in job openings was driven by state and local government education (+56,000); educational services (+21,000); and mining and logging (+10,000) while geographically, the number of job openings was little changed in all four regions.

Separately, in yet another indication of the solid recovery in the labor market since the collapse in April, when there were 18.1 million more unemployed workers than there are job openings – the biggest gap on record – the gap has since shrunk dramatically to just 3.2 million in January. 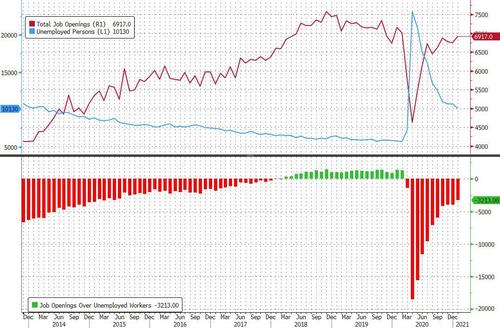 As a result, there was continued improvement in the job availability series, and in January there were just under 1.5 unemployed workers for every job opening, down from 4.6 at the peak crisis moment in April. 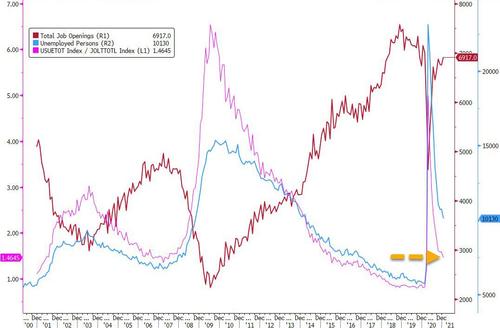 Meanwhile, confirming the slowdown in the hiring picture over the winter as a result of a new round of widespread lockdowns, in January hiring slowed down for a 2nd consecutive month to 5.301MM, down 110K from 5.411MM in December which in turn followed a huge drop of 524K from November. 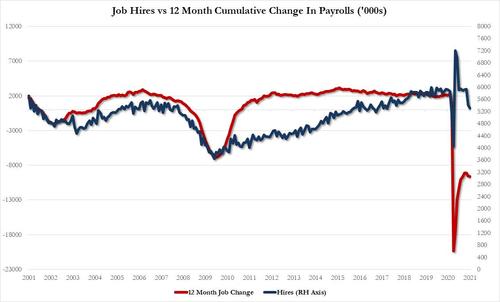 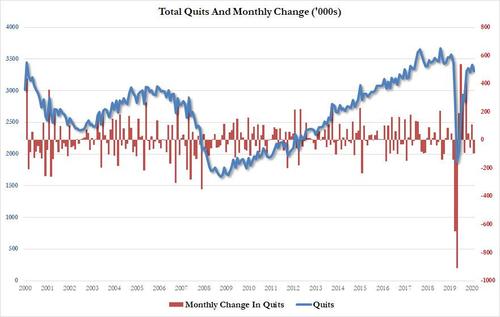