In a move that could lead the IOC to cancel this summer’s Olympic Games in Tokyo, Japan’s capital city is reportedly seeking a full-fledged state of emergency declaration from the Japanese government as COVID amid a resurgence of COVID cases in the country’s most populous areas. 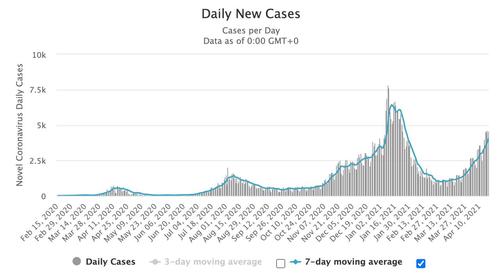 According to media reports, Tokyo Governor Yuriko Koike told ruling Liberal Democratic Party Secretary General Toshihiro Nikai that she plans to seek a state of emergency designation for the capital. The metropolitan government will hold a monitoring conference to gauge the state of infections on April 22, the Mainichi added, and a final decision will be made after hearing the opinion of experts. The metropolitan government is also considering making requests for business suspensions and is coordinating the details with the central government. 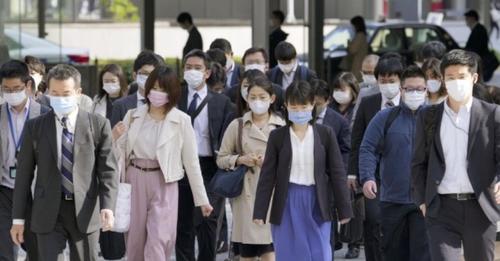 The news sent Japanese stock futures lower, as cash trading had closed for the evening by the time the headlines hit. Futures contracts of the Nikkei 225 extended its decline to 2.1%. 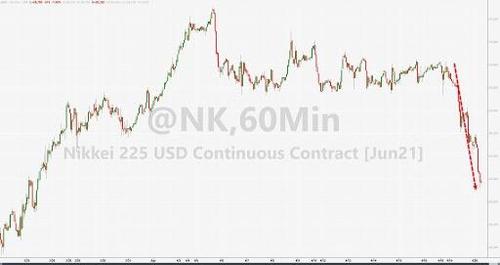 The decision isn’t exactly a surprise, as yesterday we reported that both Tokyo and Osaka were considering asking for full-fledged lockdowns. Koike said Sunday during an interview that she might ask the central government to issue a fresh coronavirus state of emergency for the capital to deal with a recent spike in cases.

“Taking a proactive approach is indispensable in responding” to the spike, Koike said, as the capital reported 543 new COVID-19 cases the same day, surpassing 500 for the sixth consecutive day, with only three months left before the opening of the Tokyo Olympics.

“I have instructed senior metropolitan government officials to study countermeasures with a sense of urgency, while considering (the possible option of) requesting a state of emergency,” the governor said.

If issued, it would be a third COVID-19 state of emergency for the capital. The first one was in place between April and May 2020, and the second between January and March this year.

Safety investigators from the IOC are expected to visit Tokyo this month to try and assess whether the international community should move ahead with the Summer Games, which were cancelled last year. President Biden has given his blessing for the Games to proceed, but wouldn’t commit to attending in person.

Independent Panel Blames China, WHO For Acting Too Slowly To Contain COVID-19