Through the first six months of fiscal 2021, the US government ran a record $1.7 trillion budget deficit. Federal Reserve Chairman Jerome Powell said this is sustainable – for now. 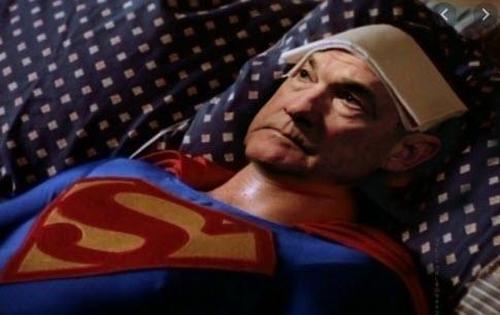 During a webinar sponsored by the Economic Club of Washington DC, Powell said the economy can handle the current debt load. But he did warn that the long-term trajectory of the US budget is unsustainable.

Powell said the US government will eventually have to “get back to a sustainable path.”

That is something that is best done in very good times when the economy is at full employment and when taxes are rolling in. This is not the time to prioritize than concern. But it is nonetheless an important concern that we will ultimately have to return to again when the economy is strong.”

Newsflash – this will never happen.

The US government was on this borrowing and spending path before the coronavirus pandemic, and it will remain on this path forevermore – until that path dead ends.

It’s easy to just brush off the current government spending spree because we’re in the midst of “an emergency.” That’s exactly what Powell did. Virtually everybody agrees the stimulus is necessary to deal with the economic impacts of coronavirus. But the Trump administration was stimulating long before this emergency.

During his campaign,  Trump promised to deal with the skyrocketing national debt. In fact, he said he could take care of it “fairly quickly.” That, of course, never happened. And you can’t blame the pandemic. The Trump administration ran huge deficits in the years preceding the coronavirus outbreak. The budget deficit in the calendar year 2019 was over $1 trillion. And as you’ll recall, the mantra was that the economy was booming. President Trump kept calling it “the greatest economy in the history of America.” Wouldn’t that have been the time to tackle the budget problem?

That’s Powell’s assertion. And don’t forget that he was at the helm of the Fed during this time. I apparently missed his pleas to address the unsustainable budget problem during those economic good times.

And of course, the Trump administration didn’t tackle the budget problem.

If the Republicans weren’t willing to address the debt, does anybody actually think Biden and his Democrat cohorts will do it? Of course not. After ramming through another massive stimulus, the current president is already eyeballing a borrow and spend “infrastructure” bill.

Of one thing you can be certain — politicians will always find a reason to borrow and spend money.

There is always an excuse to borrow and spend more. Now, it’s an emergency. And when times are good, the politicians will tell us it’s time to “invest in our future.” There is never a time to “prioritize concern” about the budget deficits and paying down the national debt. It’s always “kick the can down the road,” as Powell is recommending now. That works fine – until you run out of road.

In a letter to James Madison, Thomas Jefferson asserted that we have no right to bind future generations to pay our debts.

“No man can, by natural right, oblige the lands he occupied, or the persons who succeed him in that occupation, to the paiment of debts contracted by him. For if he could, he might, during his own life, eat up the usufruct of the lands for several generations to come, and then the lands would belong to the dead, and not to the living, which would be the reverse of our principle.”

Politicians have short time horizons. That’s why they generally make poor decisions when it comes to spending money. They don’t care about the future beyond the next election cycle. They certainly don’t care about my children. Elected officials do the popular thing now to secure reelection tomorrow, with little concern for the long-term consequences. They hide the teetering house economic house of cards behind shiny new bridges and “much-needed” government programs.

Facing The Facts of War With Russia