Perhaps Jessica Alba is hoping that people won’t. Because Alba’s Honest Company – the same one that was exposed years ago for having harmful chemicals it railed against in its detergent – is apparently lining up for an IPO. The company’s schtick is claiming to offer products without the harmful chemicals of normal consumer products – a perfect nonsense story for the snowflakes setting the tone of today’s ESG fueled market.

“The Los Angeles-based company backed by L Catterton is preparing to file confidentially for an initial public offering with the U.S. Securities and Exchange Commission as soon as Friday, said the people, who asked to not be identified because the matter isn’t public,” Bloomberg BNN reported on Friday.

The company is reportedly seeking a $2 billion valuation at IPO. The company was previously looking to sell itself for a valuation of about $1 billion, the report notes. Recall, back in September of 2016, Alba was reportedly laughing off $1 billion offers for her company. It seems that, since then, its valuation hasn’t expanded much, if at all. 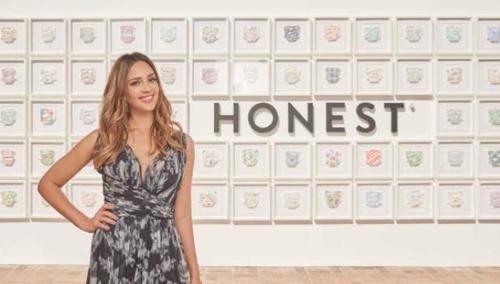 About six or seven years ago, we wrote about how Alba’s “Honest” company may not have been so honest after all. We noted a 2014 Wall Street Journal article that alleged that the company hadn’t really been honest in disclosing which chemicals were used to make their “non-toxic” diapers and detergents.

We noted: “One of the primary ingredients Honest tells consumers to avoid is a cleaning agent called sodium lauryl sulfate, or SLS, which can be found in everyday household items from Colgate toothpaste to Tide detergent and Honest says can irritate skin. The company lists SLS first in the ‘Honestly free of’ label of verboten ingredients it puts on bottles of its laundry detergent, one of Honest’s first and most popular products.”

And then, of course, two independent lab tests determined that Honest’s liquid laundry detergent did in fact contain SLS:

“Our findings support that there is a significant amount of sodium lauryl sulfate” in Honest’s detergent, said Barbara Pavan, a chemist at one of the labs, Impact Analytical. Another lab, Chemir, a division of EAG Inc., said its test for SLS found about the same concentration as Tide, which is made by P&G. “It was not a trace amount,” said Matthew Hynes, a chemist at Chemir who conducted the test.

In Alba’s 2013 book, “The Honest Life” she lists SLS as a “toxin” that consumers should avoid. She started Santa Monica, Calif.-based Honest in 2011 after she said she had an allergic reaction to a popular brand of laundry detergent.

The unfortunate truth is that this is the exact type of “honesty” that Wall Street loves, and the IPO will probably become a resounding success despite Alba’s checkered track record.

The Great Purge: Twitter Has Suspended More Than 70,000 Accounts Since Friday