Jim Grant: Fed Has Left Us With A Bond Market That’s “All But Destroyed”

“Basic rate of interest does the following: it helps us to connect the present with the future, it discounts future cash flows. They connect past present and future. And they help us calibrate credit risk – the chances of somebody not getting paid. They help corporate managers decide whether a certain investment is worthwhile,” Grant says. “They’re prices, and prices in general I think are better discovered in the marketplace.”

“Worldwide, we have a regime of price administration and suppression. Which, I think, is trouble.”

On The Fed’s Power

When asked how the Fed got so powerful, Grant said: “It wasn’t what was intended. The founders had something else in mind altogether. In 1913, the Fed was envisioned to be a decentralized organization that would furnish credit during the stringent months of the calendar year, which was typically end of the year, as part of an agriculture economy – fall, autumn, during crop moving season.”

The Fed was there to lend against good sound banking collateral, Grant explained, and to provide liquidity. “Fast forward a century and a couple decades and here we are: the Fed is the first Vice President in charge of everything,” Grant says. “It is astounding to me that we know so much about Jerome Powell. But the Fed gradually and by degree has gathered, with the encouragement of Congress, these powers that the founders did not anticipate.”

“So we have an omnipresent, ubiquitous and all powerful institution.” 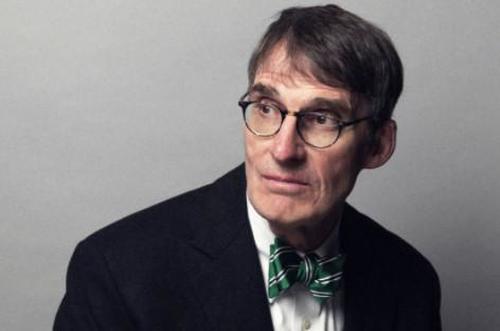 On The Bond Market

The Fed has “left us with a bond market that all but has been destroyed with respect to the proper functioning of a bond market”.

It’s not just the Fed, Grant says, it’s a “worldwide regime of interest rate suppression and manipulation”. “I think it’s not everyday that you get 4,000 year lows in rates,” Grant joked.

“Junk bond yields begin with a number 3,” Grant points out when asked where the bond market is skewed the most. Without “buying 10’s of billions of dollars in bonds per month to suppress rates – I’d say Treasury Yields would be closer, at the long end of the curve, to 3.5% to 4%.”

On The Stimulus And Inflation

When asked about hyper-stimulation, Grant responded: “Baseball season’s gonna start any minute now. Let me tell you a baseball story. The scene is sometime in 1960s and the St. Louis Cardinals are playing. A very very mediocre batter strikes out, slams down his bat, takes a swing at the water cooler and finally a pitcher named Bob Gibson summons him over and points to his mediocre batting average. He asks him ‘What did you expect?'”

Grant continues, “We have a broad money supply growing 26% year over year and we have fiscal stimulus upon stimulus well in excess, in dollar terms, well in excess of the lapse in GDP owing to the lockdown. These monetary actions are truly gigantic. If in a year, if inflation isn’t 2.5%, 3% or 4%, people are going to say ‘What did you expect?'”

“Where this may end is an unscripted inflation that will surprise the bond market, which is still trusting the Fed, and as the bond market sells off and rates go up, high flying stocks come down.”

He continues, “It’s then I’ll say to Chairman Powell: ‘What did you expect?'”

You can watch the full interview here:

In “Devastating” Move, US Weighs Sanctions On Russia’s Central Bank As Germany Backs “Targeted” Removal Of Russia From SWIFT