Following a wave of trial results alternatively teasing, and questioning, the efficacy of the company’s vaccine – including the possibility that it might not be effective as a single-shot jab – new data from Johnson & Johnson purports to show the shot is surprisingly effective at preventing severe illness and reducing transmission in its current (single-dose) form. 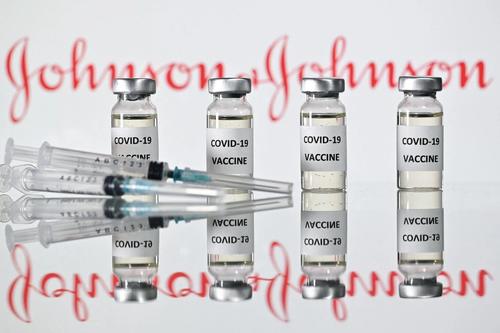 An analysis of the company’s trial data by the FDA was released on Wednesday, two days before an FDA committee is expected to meet to discuss the safety and efficacy of the JNJ vaccine. According to the NYT, the jab could be approved for emergency use as early as Saturday morning (following the committee’s meeting and a possible vote on Friday).

The vaccine had a 72% overall efficacy rate in the US and 64% in South Africa, where a highly contagious variant emerged in the fall and is now driving most cases. Notably, the analysis showed the JNJ vaccine was seven percentage points more effective against the SA mutation than a prior dataset had suggested. The vaccine was also 86% effective against severe forms of COVID-19 in the US, and 82% against severe disease in South Africa. According to JNJ and the FDA, this means that a vaccinated person has a far lower risk of being hospitalized or dying from the virus.

The news essentially confirms that Americans will be the first to benefit from a third COVID vaccine as the pace of new cases, hospitalizations and deaths continues to decline. 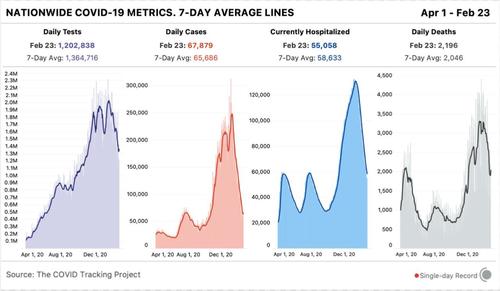 What’s more, JNJ’s vaccine can be stored at normal refrigeration temperatures for at least three months, making its distribution considerably easier than the authorized vaccines made by Moderna and Pfizer-BioNTech, which require two doses and must be stored at frigid temperatures.

“With a J&J vaccine, we’ll be able to accelerate the vaccine rollout for our country and for the world,” said Dan Barouch, a virologist at Beth Israel Deaconess Medical Center in Boston. He reportedly led much of the early research on the vaccine last year.

Although JNJ’s jab is less effective than the Moderna and Pfizer shots, when it comes to the South African variant, JNJ is the clear winner.

Another rival, the AstraZeneca-Oxford jab, was found that the jab didn’t offer much protection at all. The negative results led the South African government to abandon its plan of giving a million doses of AstraZeneca vaccines to health care workers.

Circling back to the JNJ jab, the newly released documents, which include the FDA’s first technical analysis of the company’s 45K-person clinical trial, included evidence that the vaccine was safe, with noticeably milder side effects than the Pfizer and Moderna vaccines and without any reports of severe allergic reactions like anaphylaxis.

The vaccine’s protection was consistent across Black, Hispanic and white participants, and also across various age groups. The trial indicated a lower efficacy, of 42.3 percent, for people over 60 who had risk factors like heart disease or diabetes. Johnson & Johnson looked for asymptomatic infections by checking for coronavirus antibodies 71 days after volunteers got a vaccine or a placebo. The new analyses estimate that the vaccine has an efficacy rate of 74 percent against asymptomatic infections.