Following ADP’s major disappointment yesterday, and ahead of tomorrow’s headline-making payrolls print, analysts expected a nudge higher in initial jobless claims last week after two weeks of modest improvements. Instead, initial claims modestly improved from a revised 790k the prior week to 787k last week (better than the 800k expected)… 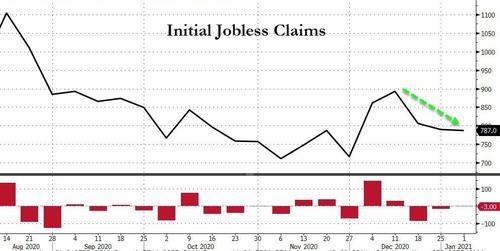 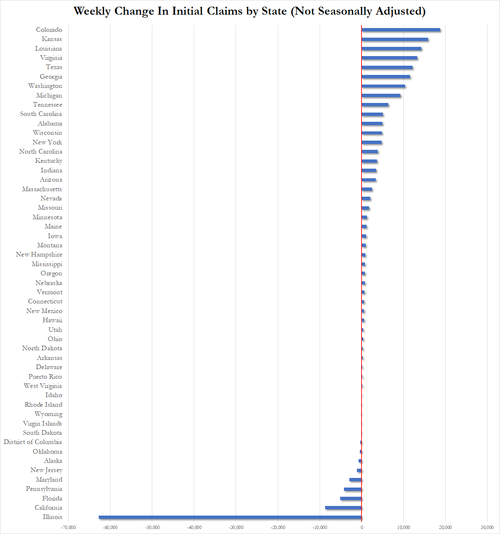 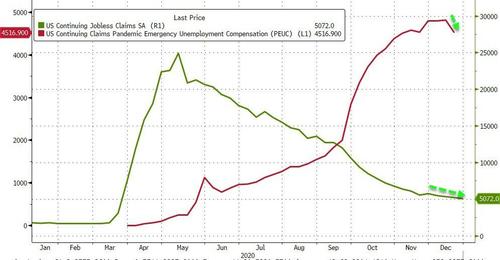 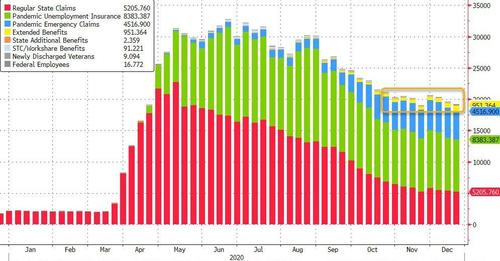 As Joe Brusuelas notes, seasonal factors at the turn of the year tend to damp claims & we are certain that this data understates the true number of those out of work. 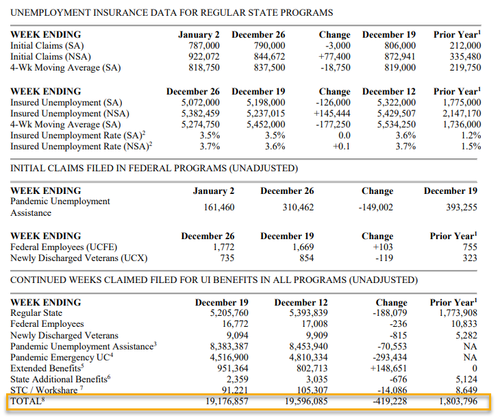 There are 19.1 million individuals on some form of UI benefit.

Here Are All The Latest News And Developments From The Ukraine War: March 18