The incoming Biden administration will be the first ever to allow a ‘climate envoy’ to serve on the National Security Council. The man tapped for the job, John Kerry, has been hailed as “a long-time climate champion” with vast foreign policy experience to boot given he was formerly Obama’s secretary of state.

Though it remains hotly contested and disputed the extent to which climate change is a matter of national security, the two things will now be bound up, and even more so given the US and China are widely considered as the world’s two top polluters, and given Sino-US relations are at an all-time low within these last weeks of the Trump presidency. 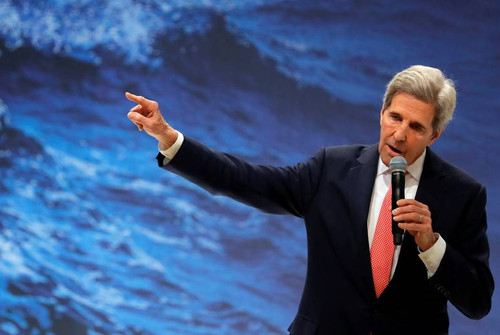 A lengthy essay in South China Morning Post explores the prospects of Biden getting “tough” on China in the area of combatting climate change with Kerry running point. “The prospect of a return to a joint effort by the world’s top two polluters to combat the climate crisis has set off alarm bells among some political circles in the US, amid a hardening of attitudes towards Beijing,” SCMP Beijing Bureau Chief Jane Cai along with co-author Owen Churchill write.

Specifically they cite the foremost example of Republican Congressional hawk Tom Cotton, who fears steep reversals of Trump’s pressure campaign on Beijing in the name of “smooth relations” based on nebulous “commitments” on climate change.

Weeks ago Cotton said on Twitter that Biden is surrounding himself with “panda huggers” who will ultimately be “soft” on China, before adding:

“John Kerry will jet off to Beijing in pursuit of a climate accord with the world’s biggest polluter, the Chinese Communist Party. If Xi Jinping plays along, he’ll demand concessions. And we know what that means: more shuttered factories in the U.S., more hot air from Beijing.“ 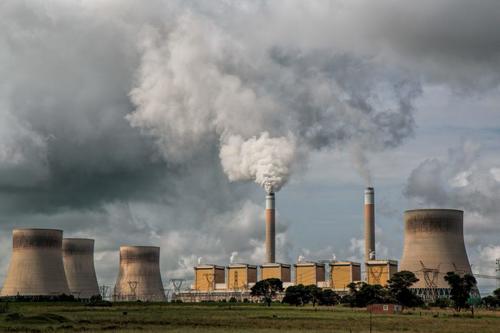 And it appears Kerry is sensitive to such past criticisms, as SCMP recalls:

But Kerry has struck sterner notes too, expressing confidence in a September interview with The Guardian that Biden would not “lavish praise on dictators”, and insisting that any cooperation on climate with China could coexist with actions to address other “serious problems in the relationship”.

Cai and Churchill underscore that “An early test for Kerry will be how he will both seek cooperation with Beijing and carry out the Biden team’s plan to rally a ‘united front’ of countries to hold China accountable to strict environmental standards in its Belt and Road Initiative (BRI) projects.”

However, will the new Climate Envoy position under Biden (and on the NSC, different from the much more symbolic and still existent ‘Climate Czar’) become a mere exercise in political point scoring?

John Kerry will jet off to Beijing in pursuit of a climate accord with the world’s biggest polluter, the Chinese Communist Party. If Xi Jinping plays along, he’ll demand concessions. And we know what that means: more shuttered factories in the U.S., more hot air from Beijing.

According to the Biden plan, any future carbon mitigation agreement signed with Beijing will be “contingent on China eliminating unjustified export subsidies for coal” and making “verifiable progress in reducing the carbon footprint” of BRI-related projects.

But amid a continuing downturn in the US public’s views towards Beijing, experts examining the Biden administration’s global climate plan said pressure on China should not be deployed simply for the sake of political point scoring.

Indeed similar to Washington officials selectively calling out human rights abuses against regimes they don’t like, the issue of big polluters is increasingly being used in a similar way – that is, for mere leverage in the geopolitical arena.

This Week’s Most Popular Articles