The continued exodus out of New York carries on...

And it isn’t just corporations packing up their entire operations and moving to tax havens like Florida, as we have noted for the last year, it’s also firms cutting back on the amount of corporate real estate they use in the city. JP Morgan is the latest example, with the company reported looking to sell large blocks of its office space in Manhattan, according to Bloomberg.

A spokesman for the bank said: “It is too early to comment on specifics as we continue to learn and adapt to this current situation and how it impacts our commercial real estate needs. We are committed to New York and are planning for the next 50 years with our new headquarters here.”

The bank is in the midst of building a skyscraper on Park Ave. that will be one of the biggest in Manhattan. But CEO Jamie Dimon said this week that the pandemic has led to potentially “permanent changes” in how the bank does in-office business.

Dimon commented: “New York could have a little bit of a difficult time. Already, real estate needs will come down. Most of us are going to go to more open seating because you don’t need 100 seats for 100 employees — you’re going to need like 60.” 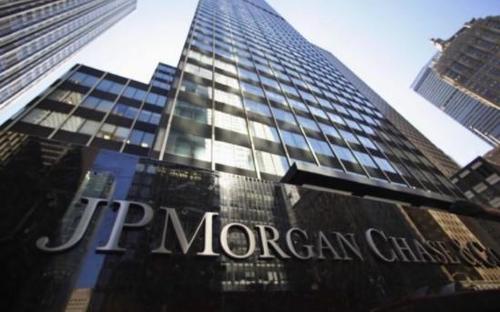 We have profiled firms like Virtu and Point 72 that have moved operations out of New York. Cohen, who’s firm oversees $19 billion, is reportedly looking for “additional office space” in the Sunshine State, where he will open an office in West Palm Beach before the end of June. The firm is also looking at another location in Miami, the report notes. The offices are supposedly popping up to “accommodate current and prospective employees who want to move south”.

Recall, just days ago we published a note from Goldman Sachs saying that urban flight could wind up lasting “for years”. The bank’s Jan Hatzius told clients that it could take years for urban vacancies to normalize.

Hatzius’ note, titled “Inflation Signal, Healthcare Noise (Hill),” had some excellent commentary on the urban exodus, aligning with our thoughts from last July when we said city dwellers fleeing metro areas could last for the next 18-24 months.

Here’s what he told clients:

We expect a waning drag from urban flight on shelter inflation by next year. However, we don’t expect upward pressure from this channel (relative to the pre-crisis period), because we believe it is the level of rental vacancies that is the primary determinant of shelter inflation.

We also expect at least some of the suburban relocation to prove permanent. The advent of work from home and the fact that second homes represent less than a third of 2020 home sales growth suggest it could take several years for urban vacancy rates to normalize—even with the relatively quick return to full employment that we forecast.

… and there it is: “several years for urban vacancy rates to normalize.”

The hope and hype of urban revivals in a post-pandemic world could get squashed as suburbanization becomes more permanent – hybrid work for white-collar workers is pushing this trend into hyperdrive.

And with regulations and taxation going into overdrive in Democrat run states, we don’t expect businesses will hang around much longer either.

Ex-Bridgewater Analyst: Yes, Bitcoin Is A Giant Bubble… But The Global Fiat System Is An Even Bigger Bubble