A federal judge in Seattle rejected an emergency request by social media platform Parler to force Amazon to restore web hosting services for the Twitter competitor, which was kicked off the Amazon Web Services (AWS) platform following the January 6th protest at the US Capitol. 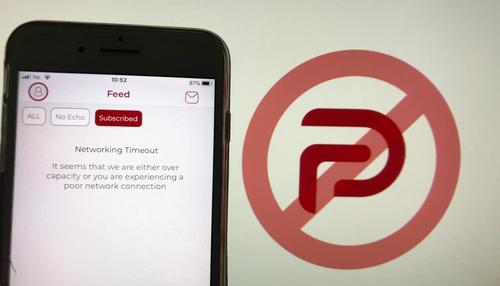 US District Judge Barbara Rothstein, a Carter appointee, said that Parler failed to successfully argue that they would be likely to prevail on the merits of its claims, or that a preliminary injunction was warranted out of public interest.

Parler was suspended on January 10, leaving roughly 12 million users unable to connect to the conservative-friendly service.

Amazon claimed that Parler violated its contract by failing to effectively address ‘extremist content’ by people calling for violence against political foes surrounding the inauguration.

“Parler has failed to do more than raise the specter of preferential treatment of Twitter by AWS,” wrote Rothstein.

Parler, meanwhile, claims that Amazon is in breach of contract, and kicked them off AWS out of “political animus” to benefit Twitter – another AWS client which Parler says failed to censor violent content targeting conservatives.

That said, Parler has partially returned with a new hosting service, Russian-owned Epik, which also hosts Twitter competitor Gab. In a Monday message, Parler CEO John Matze wrote: “Now seems like the right time to remind you all—both lovers and haters—why we started this platform,” Matze. “We believe privacy is paramount and free speech essential, especially on social media. Our aim has always been to provide a nonpartisan public square where individuals can enjoy and exercise their rights to both. We will resolve any challenge before us and plan to welcome all of you back soon. We will not let civil discourse perish!”

Parler in the crosshairs

Following the January 6 Capitol ‘insurrection,’ House Oversight and Reform Committee Chair Carolyn Maloney (D-NY) asked the FBI to review Parler’s role ““as a potential facilitator of planning and incitement related to the violence, as a repository of key evidence posted by users on its site, and as a potential conduit for foreign governments who may be financing civil unrest in the United States.”

Maloney has asked the agency to review Parler’s financing and alleged ties to Russia.