Did Minneapolis Fed President Neel Kashkari just provide the market with its clearest bogey to push at to ensure ‘moar’ from The Fed? 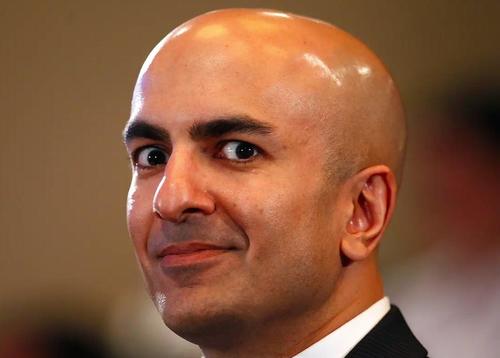 “If we were seeing a real uptick in real yields, that would give me pause,” Kashkari warned during a live-streamed interview with The Washington Post this morning, adding cautiously that, “but we’re not seeing much movement in real yields.”

Except that’s not exactly true is it Neel? 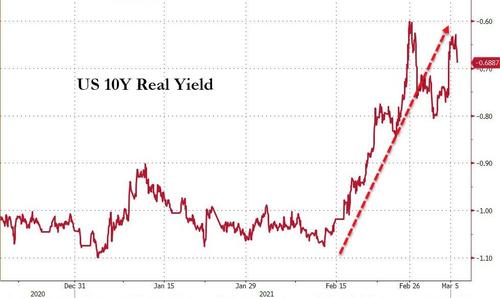 Does that look “flat” to you?

Anyway, the reason this is key is what the depilated Fed head said next:

“…[a rise in real rates] would give me concern that the amount of accommodation we’re providing the economy is reducing, and that might warrant us considering a policy response…“

Now, where would the Minneapolis Fed President have got that idea?

“…with such a heavily indebted financial system, real yields probably matter more than nominal ones. If nominal  yields rise but inflation rises more (i.e. lower real yields), this would no doubt cause some volatility but it should help those with high debts (e.g. corporates) assuming the economy wasn’t suffering.”

However, the worst case would be “if real yields rise notably from here, then all risk assets will likely suffer given the debt load the financial system has. So the correlation between real yields and credit will likely be strong going forward.”

And the one thing we know Kashkari and his crew won’t stand for is falling asset values. 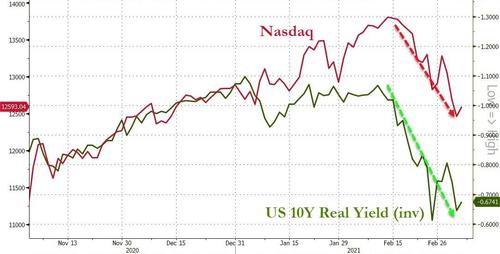 So, as we noted above, in order for the market to get what it wants – which is ever and always more free money from The Fed – they just need to push real rates higher.

If there is no virus, what is the test testing for?