A prosecutor in Wisconsin has decided not to charge the white police officer who shot Jacob Blake during a late-August altercation that fanned the flames of unrest during the wake of the killing of George Floyd.

Kenosha County District Attorney Michael Graveley said Tuesday that after conducting a thorough review of the incident, he wouldn’t charge officer Rusten Sheskey (or the now-paralyzed Blake) with any crimes related to the incident. 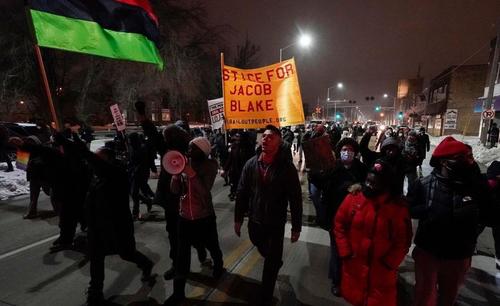 Graveley said the key question in the case was whether Sheskey had a reasonable belief that he or someone else was in danger when he fired the shots at Blake which left him paralyzed from the waist down.

The small city of 100K people declared a state of emergency on Monday night ahead of the expected announcement, while Wisconsin Gov. Tony Evers authorized deployment of the National Guard to help protect key infrastructure (as well as local businesses). Offering an echo of the events of the summer, many businesses boarded up their windows and doors.

Video of Blake’s shooting sparked weeks of unrest in the city. The grainy footage showed Sheskey firing at Blake while Blake appeared to be reaching for something inside his car. It was later revealed that police found a weapon in the area where Blake was reaching,

Police were responding to a call from a woman who claimed that the father of her children – Blake – was on her property, even though he wasn’t supposed to be (she had a court order barring Blake from being close to the premises and wasn’t supposed to be. Blake at the time had a warrant out for criminal trespass and – crucially – sexual assault of the same woman who called the police.

While Sheskey is seeing the charges against him dropped, Kyle Rittenhouse, the teenager who shot two men a few nights after the unrest broke out, is still facing murder charges.

“The Oligarchs [Are] Taking Control of Our Country.” – Rudy Giuliani on the Capital ‘Frame Up’ Last Week and Big Tech Censorship