Amazon has long promoted its warehouses as “progressive” work environments. But as we read in a new lawsuit, there’s a dark side to working at the company’s warehouses, or at least one of them, that is intense labor, underpaid, and limited breaks.

In February, the lawsuit, filed in San Francisco County Superior Court, was shifted to the US District Court California, Northern District last Friday, according to court documents seen by The Verge.

Lovenia Scott, a former employee of the Vacaville, California warehouse, also the plaintiff in the lawsuit, said the e-commerce giant failed to provide warehouse workers with rest periods, premium wages, adequate lunch breaks, among other things. 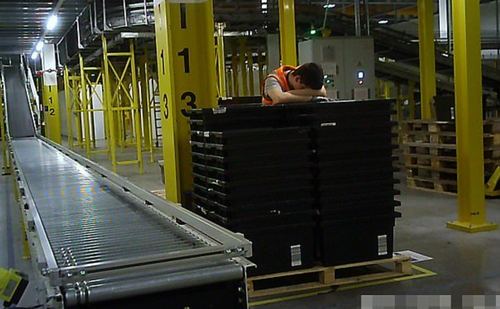 Here’s the complete list that alleges Amazon failed to provide employees with an adequate work environment:

(2) failed to provide them with rest periods;

(5) failed to pay them at least minimum wage for all hours worked;

(6) failed to reimburse them for all necessary business expenses;

(7) failed to provide them with accurate written wage statements; and

(8) failed to pay them all of their final wages following the separation of employment.

“Based on these alleged Labor Code violations. Plaintiff now brings this class action to recover unpaid wages, restitution, and related relief on behalf of herself and all others similarly situated,” the lawsuit read.

Amazon has gained national attention for a union vote at its fulfillment in Bessemer, Alabama, expected to wrap up Monday. Warehouse workers at Bessemer facility want better pay and working conditions.

President Biden has backed the Bessemer unionization movement. He told workers to make their “voices heard,” saying it’s up to them to unionize.

Efforts to unionize across various states have gained momentum since Bessemer. Employees in Baltimore, New Orleans, Portland, Denver, and Southern California have begun examining ways to form unions at their respective warehouses. Many warehouse employees want collective bargaining to fight back against Amazon, which has worked them like dogs. 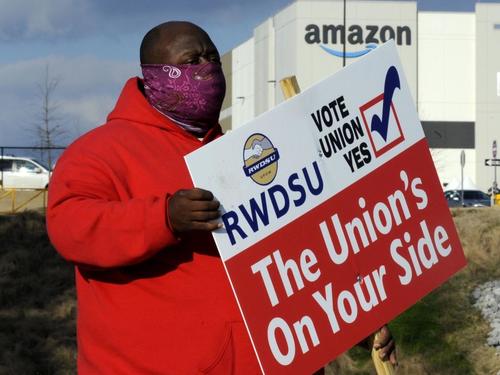 Readers may recall last week a Twitter war broke out between progressive Democrats and Amazon – after Sen. Bernie Sanders said he would meet with Amazon workers on Friday to discuss their vote to unionize.

In response to Sanders’ visit, Dave Clark – CEO of worldwide consumer blew his stack, tweeting, “I often say we are the Bernie Sanders of employers, but that’s not quite right because we deliver a progressive workplace for our constituents: a $15 minimum wage, health care from day one, career progression, and a safe and inclusive work environment.”

Over the past decade, several reports emerged over poor-working conditions at Amazon warehouses and corporate headquarters.

In 2011, the brutal work environment at an Amazon warehouse in Breinigsville, Pennsylvania were reported in the Morning Call.

In 2012, the Seattle Times published a blockbuster report about overworked, underpaid staff who were encouraged to lie about workplace injuries to avoid filing reports.

In 2015, the New York Times revealed that conditions at Amazon headquarters are cutthroat.

“Nearly every person I worked with, I saw cry at their desk.” –Bo Olson

And in April of 2018, journalist and author James Bloodworth reported what he saw after going undercover at an Amazon warehouse in Staffordshire, UK, where he found horrendous conditions in which some workers are forced to pee in bottles.

“People just peed in bottles because they lived in fear of being ­disciplined over ‘idle time’ and ­losing their jobs just because they needed the loo.” -The Sun

The new lawsuit comes as no surprise as Amazon’s treatment of its warehouse employees appears to be far from a “progressive work environment” but one that would rival a Chinese sweatshop (maybe the pay is a little better). In the coming days, or maybe as soon as tonight or tomorrow, counting for the Bessemer union vote should conclude.

But here’s the biggest problem if Bessemer unionized and others follow, that is, the higher pay will drive up costs for the company and likely be pushed onto consumers.

Amazon knows unionization at its warehouses is inevitable, and to counter the movement, over the years it has unveiled robots designed to replace in warehouses.

How Overcrowded Is Europe?