Rep. Elise Stefanik (R-N.Y.) is demanding answers after a new report revealed New York state health officials underreported COVID-19-related nursing home deaths by as much as 50 percent in some places. 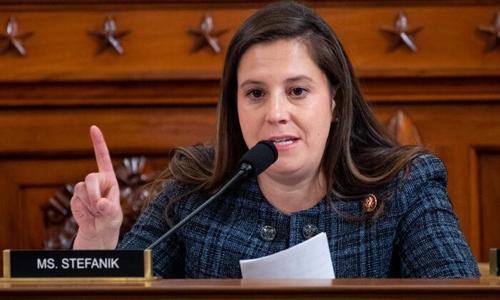 “Every New Yorker deserves transparency, accountability, and answers regarding the orchestration of this illegal coverup,” Stefanik said in a statement.

Stefanik is now urging New York Attorney General Letitia James and the Justice Department to issue subpoenas to the administration of New York Gov. Andrew Cuomo, a Democrat, for documentation and communications related to his handling of the CCP (Chinese Communist Party) virus pandemic.

The 76-page report (pdf) was released on Jan. 28 following an investigation into nursing homes’ responses during the pandemic over allegations of patient neglect and other conduct. Preliminary data from the investigation suggests that many nursing home residents had died from COVID-19, the disease caused by the CCP Virus, in the hospital after they were transferred from their nursing homes.

These cases were not reflected in the state’s Department of Health’s (DOH) published total nursing home death data. The attorney general office compared data from 62 nursing homes, which represents 10 percent of the total facilities in New York, reported to its office, to data reported to DOH.

“The OAG found that nursing home resident deaths appear to be undercounted by DOH by approximately 50 percent,” the attorney general’s office release stated.

The COVID-related nursing home deaths have been a focal point for Cuomo’s handling of the pandemic. He has repeatedly pushed back against assertions that his policy played any role in the deaths. The report is expected to trigger more scrutiny over Cuomo’s policies and handling of nursing homes amid new cases of the virus across the state and country.

“While we cannot bring back the individuals we lost to this crisis, this report seeks to offer transparency that the public deserves and to spur increased action to protect our most vulnerable residents,” James said in a statement on Thursday.

Many critics have pointed to Cuomo’s decision to order recovering nursing home patients to be returned to the facilities to free up hospital bed space for the increased number of nursing home deaths. Cuomo—who has touted his administration’s response to the pandemic—has often rejected the suggestions that his policy led to an increase in deaths.

His office did not respond to an earlier request for comment by The Epoch Times about the report.

Earlier this month, Cuomo and the state were accused of “illegally hiding basic information about a public health crisis,” by not disclosing the total of coronavirus deaths in New York nursing homes for another two months, until March 22.

The DOH had postponed Empire Center’s August request for information under the Freedom of Information Law three times. This prompted a lawsuit, with the organization arguing the department had “no valid reason for withholding the requested data.”

The department had told the organization that it could not immediately turn over the documents because “a diligent search for responsive documents is still being conducted.”

According to state data as of this week, approximately 70 percent of New York state’s roughly 35,000 deaths from the CCP virus were among people aged 70 or older.

Mixed 3Y Auction Prices At Highest Yield Since 2018, Nearly 1% Higher In One Month

Why The West Is Easing Its Sanctions On Russia