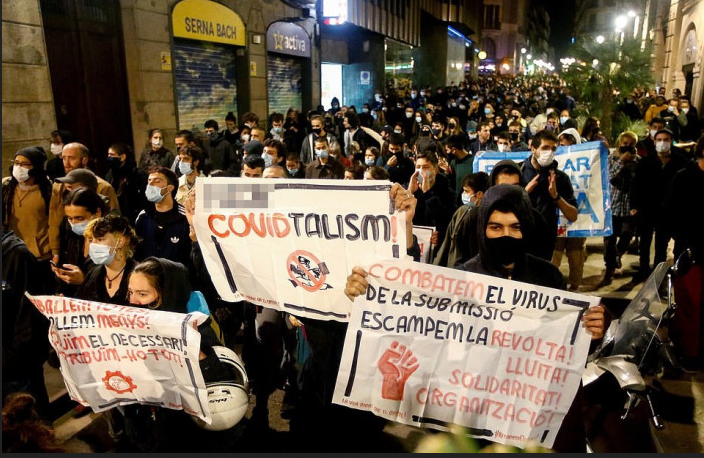 “A massive new social struggle is about to begin, in which the vast majority of humankind will resist the techno-slavery being imposed on it by the fascist 1% elite”.

We sent out this urgent message on October 14 and reality has not been slow to catch up, as the slumbering masses everywhere awake.

The new front line is Italy, where thousands upon thousands have been taking to the streets in anger at the new curfew and draconian rules being imposed under cover of fighting “the virus”.

Molotov cocktails have been thrown at the cops who ruthlessly enforce the despised clamp-down, with burning barricades blocking streets choked with tear gas.

Is Iran Closer in Vengeance in Regards to the Murder of Its Two Prominent Leaders?

The Rollercoaster Ride Has Begun