Submitted by Kalev Leetaru of RealClearPolitics,

As Internet fact-checkers have evolved from niche websites into the absolute arbitrators of “truth” on the modern web, they have gone from debunking simple urban myths to tackling far more complex and nuanced topics. One area of particular concern is a growing focus on humor websites and even fact-checking future events. 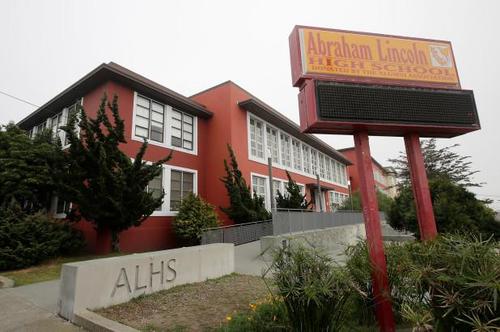 On Dec. 16, Not the Bee, which describes itself as a “humor-based news, opinion, and entertainment site,” shared on its Instagram account a photograph of Abraham Lincoln titled “San Francisco to rename ABRAHAM LINCOLN High School because – I swear this is real – ‘he did not show that black lives ever mattered to him.’” Four days later, Facebook fact-checking partner USA Today (which receives funding from Facebook) published a fact check of the post, issuing a verdict that it was “Missing Context.” This means that anyone viewing the Instagram post since then has seen a large red warning label saying, “Missing Context. Independent fact-checkers say information in this post could mislead people.”

In its fact check, USA Today confirmed that all of the details of the Instagram post, including the quote, were absolutely correct. Why, then, did it flag it as misleading? In the paper’s words, “It is true that a renaming committee included Abraham Lincoln High School on a list of 44 schools whose namesakes met its renaming criteria. But the committee has not finalized its recommendations, and the school board has not voted on the name changes — so at this time, it’s not accurate to say that the school will be renamed.”

In short, the fact-checker said the post wasn’t true because Not the Bee didn’t explicitly make clear that the renaming was only proposed. Yet humorous social media accounts by their nature must condense complex topics into pithy one-liners that dispense with nuance, raising the question of why USA Today felt the need to fact-check a humor site in the first place.

USA Today has fact-checked several stories by Not the Bee and its sister site, Babylon Bee. The sites have also been a frequent target of other fact-checkers, such as Snopes, which in 2018 famously fact-checked a Babylon Bee story headlined “CNN Purchases Industrial-Sized Washing Machine to Spin News Before Publication,” determining after extensive research that CNN had not actually installed such a machine in its newsroom.

Snopes’ decision to rate as false that satirical piece had real-world consequences, as Facebook threatened to reduce Babylon Bee’s visibility on the platform and terminate its ability to monetize or run ads. (Public outcry then caused the company to reverse itself.) In justifying its fact check, Snopes’ founder argued that “some readers … interpreted it literally.”

Indeed, after Ruth Bader Ginsburg’s death, USA Today made the same argument when it fact-checked another Babylon Bee article that jokingly said the courts had ruled Ginsburg wasn’t really dead and were working on a way to clone her so Donald Trump could not name a replacement. Asked why USA Today believed that readers would mistake such obvious satire, the paper offered that there was “an environment of information disorder” after her death and that “we would rather err on the side of caution, and not assume all readers have the full context behind all headlines they read on social media.”

But this begs the broader question of why fact-checkers have repeatedly targeted the Bee, which states explicitly that it is a satirical site. Asked about this, USA Today said it merely fact-checks “content that Facebook has identified as potential misinformation” and that Bee content is simply forwarded to them by Facebook as viral misinformation more often than content from other sites.

This suggests that either Babylon Bee’s content goes far more viral than that of other satirical sites or that Facebook simply flags its posts at a higher rate. Asked for comment on how it decides which satirical posts to flag, Facebook did not respond. The company did, however, state that satirical posts should only be reviewed when “a reasonable user” would not immediately understand the material to be satirical, such as “content from sites not clearly labeled as or widely known as satire.”

While the Bee clearly self-identifies its content as satire, USA Today contended that satirical sites are often confused with real news. Moreover, it pointed out that some satirical sites exist specifically to confuse users, pointing to its fact checks of “an outfit called America’s Last Line of Defense that creates fake stories intended to ensnare the confirmation bias of conservatives in their views about liberals.”

In the case of Abraham Lincoln High School’s renaming, the basic facts of Not the Bee’s Instagram post were correct, but USA Today flagged the post because the renaming was still tentative. Yet, USA Today failed to update its fact check when the renaming committee did finalize its list or when the school board accepted the list on Jan. 12 (see minute 5:59:50 of the video). When the board met again two weeks later on Jan. 26 and formally approved the renaming, USA Today again took no action to update its post.

Does Facebook require fact-checkers to update their verdicts within a certain number of days after new information arises? Asked this, the company responded that for outdated fact checks Facebook takes no action and requires ordinary users to contact fact-checkers directly to request that they correct their verdicts. Only after inquiring with USA Today about why it had not updated its fact check did the paper finally append an editor’s note two days after the board had voted and two weeks after the list had been finalized. Asked why it took so long, the paper said it strives to update its fact checks, but did not comment further.

Therein lies the danger of “fact-checking the future”: the need for timely updates. At a time when the renaming news was being heavily discussed, users that searched the web for information about it were pointed to the fact check saying the matter was still tentative. Instead of combating misinformation, USA Today actually contributed to it.

Compounding the issue, even after being contacted, USA Today chose not to update the title of the fact check to reflect the new information and, most importantly, did not update its verdict. Thus, days after the school board finalized the name change, viewers of Not the Bee’s Instagram post still see a warning label telling them that the post is incorrect.

This is not the first forward-looking fact check that USA Today has failed to update in a timely manner. On Oct. 24, 2020, it labeled as “False” the claim by Donald Trump that a COVID-19 vaccine would be ready around Election Day and that it would become available to the public before the “second or third quarter of 2021.” In reality, the first vaccine’s readiness was announced just a few days after the election and the first members of the public began receiving the vaccine on Dec. 8 in the U.K. and Dec. 14 in the U.S., exactly as Trump had predicted. Yet more than a month after those first shots and two months after the vaccine’s efficacy was announced, USA Today has failed to change its verdict.

This raises yet another question regarding whether a new rating label such as “Hasn’t Happened Yet” is needed to sidestep this issue.

Beyond that, there’s the matter of how quickly fact-checkers should be required to update their reviews and whether they should publicly acknowledge their mistakes. Like other fact-checkers, USA Today has simply deleted its mistakes. Readers of its Nov. 19, 2020, fact check on noncitizen voters will today see that Andrew Glen is a West Point professor emeritus. Yet when the fact check was first published, the reference to him looked quite different, implying that Glen had only been a student and was falsely claiming to have been a professor. Despite the news organization’s corrections policy requiring such updates to be visibly flagged, in this case the paper quietly deleted its error with no public acknowledgement.

From fact-checking satirical fiction to ruling on future events to quietly deleting their errors, fact-checkers continually undermine public trust in their verdicts even as social media platforms rely ever more heavily on their rulings to take real-world action against publishers. With Twitter now experimenting with crowdsourcing fact-checking to the general public, this already muddled undertaking is only going to get messier.