The Lincoln Project – a group of anti-Trumpers founded by an accused pedophile, a guy with a confederate flag cooler, and possibly the worst husband in the world – denounced the alleged pedophile on Sunday following a New York Times report detailing allegations by 21 young men. 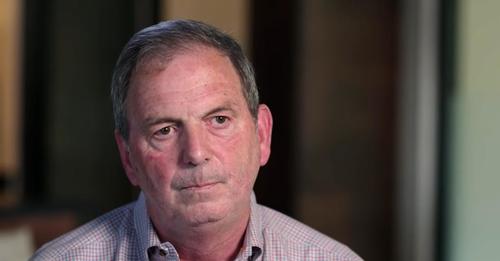 “John Weaver led a secret life that was built on a foundation of deception at every level,” wrote the Lincoln Project in a Sunday statement. “He is a predator, a liar, and an abuser. We extend our deepest sympathies to those who were targeted by his deplorable and predatory behavior.”

In early January, Weaver apologized after Axios reported that he’d sent multiple “inappropriate” messages to young men. He also came out as gay, which may or may not have come as a surprise to his wife and children, and that he’d be leaving the Lincoln Project.

“While I am taking full responsibility for the inappropriate messages and conversations, I want to state clearly that the other smears being leveled at me … are categorically false and outrageous,” he said.

According to the NYT, “His solicitations included sending messages to a 14-year-old, asking questions about his body while he was still in high school and then more pointed ones after he turned 18.“

Mr. Weaver sent overt sexual solicitations to at least 10 of the men and, in the most explicit messages, offered professional and personal assistance in exchange for sex. He told one man he would “spoil you when we see each other,” according to a message reviewed by The New York Times. “Help you other times. Give advice, counsel, help with bills. You help me … sensually.”

Cole Trickle Miele was 14 when he followed Mr. Weaver on Twitter in 2015 and quickly received a direct message from him. At first, he did not think anything was amiss.

“I remember being a 14-year-old kid interested in politics and being semi-starstruck by John Weaver engaging in a conversation with me,” said Mr. Trickle Miele, now 19. At the time, he supported the Republican Party and was a fan of Mr. Kasich, the Ohio governor whom Mr. Weaver was helping prepare to join the presidential race.

But as the messages kept coming, he became uncomfortable.

In March 2020, when Mr. Trickle Miele was 18, Mr. Weaver wrote, “I want to come to Vegas and take you to dinner and drinks and spoil you!!,” and in a follow-up message used a term that in sexual banter refers to one’s body: “Hey my boy! resend me your stats! or I can guess! if that is easier or more fun! –New York Times

On Jan. 9, conservative writer Ryan Girdusky – a critic of the Lincoln Project, claimed that multiple young men had sent him screenshots of Weaver’s predatory texts, which he detailed in The American Conservative.

The member followed me on twitter briefly and a few young men started sending me screenshots and telling what happened to them. Grooming is really disgusting and he was especially sloppy.

Notice how Axios took the abuser’s side, by not linking any of the many victim stories which came out first. Liberal MSM doing a solid for John Weaver, notable anti-Trumper. https://t.co/GhMkLq26bs

Weaver hasn’t been accused of unlawful conduct by any of the men, and his flurry of text messages only led to one sexual encounter, which was consensual, according to the Times – however the men described feeling like they’d been preyed upon by the Project Lincoln co-founder.

“I am so disheartened and sad that I may have brought discomfort to anyone in what I thought at the time were mutually consensual discussions,” Weaver told the Times, adding “In living a deeply closeted life, I allowed my pain to cause pain for others. For that I am truly sorry to these men and everyone and for letting so many people down.”

Meanwhile, some, such as journalist Jack Posobiec, have been questioning who knew what, and when, and whether the media colluded to keep Weaver’s attempted sexual coercion ‘in the closet’ until after the 2020 election.

Not only is this a complete breach of ethics, it may be illegal conduct

Hope they have good lawyers

All you need to know about these cancerous people.

The bad version: CBS is terrible at journalism & didn’t dig into the Lincoln Project founder…too busy pursuing narrative-promotion as the DNC’s PR arm.

The horrible version: CBS ignored leads about a child molester, as ABC did with Jeffrey Epstein

Others have begun digging into the Lincoln Project’s donors…

Item 1 – Why did the @NYT wait weeks after the swearing in to … sorry … apparently self answering.

Item 2 – Lincoln Project donors include “US Government” & “University of California?” Hey, we’re a very nice bunch, can we get some $$ also? https://t.co/wHNv6TbsBL