Six people are dead after a liquid nitrogen leak at a northeast Georgia food processing plant Thursday, according to Associated Press News.

A spokesperson for Northeast Georgia Health System said five people died at a Gainesville poultry plant following the nitrogen leak, while one person died at the hospital. 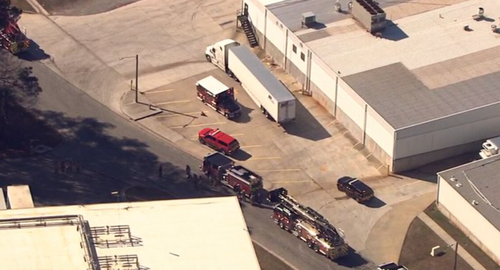 At least four firefighters were taken to the hospital with respiratory issues after entering the facility.

Brackett said 130 workers at the plant were bussed to a church down the street where they were examined for injuries. He added that some were also taken to the hospital.

#Breaking: Dozens of people being treated at Free Chapel in Gainesville after sustaining injuries from a liquid nitrogen leak at Prime Pak Foods in Gainesville. @cbs46 #HallCounty pic.twitter.com/POGgE3SeZ2

To mitigate respiratory issues with the surrounding community, 1.5 miles of road the runs in front of the plant has been shut down.

*This story is developing.

D.C. Mayor Calls Out National Guard for Pro-Trump Stop the Steal Rallies; Urges People to Stay Away From City