First it was the outcasts. Then it was the “forward thinking” silicon valley gurus and eccentric CEOs. Then the contrarian Wall Street pros such as PTJ and Druck who got on board. And now, we are in the phase where rappers are throwing their full weight (which in some cases is substantial) behind cryptocurrencies. 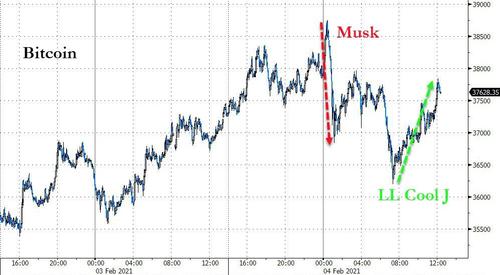 “Some people might see this story and think Glenn Hutchins is jumping on the bandwagon,” Travis Scher told CoinDesk in an interview.

“The truth is that Glenn was one of the earliest very established leaders from the finance community to get behind this technology.”

While quite a few celebrities – including some rappers such as Soulja Boy – got involved in bitcoin during the ICO boom of 2017, this time around it’s a “more measured approach”, said Scher.

“I would say that pitching LL Cool J about our fund was a surreal experience,” said Scher.

“I think people across a variety of industries, including entertainment, are curious about what opportunities this technology presents for them.”

We’ll leave it up to readers to decide if the widespread adoption of bitcoin by popular culture is once again signs of a top. 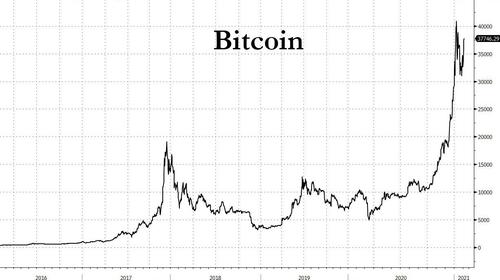 President Trump Calls for Peace – Reminds Americans Who Voted for Him “We Are the Party of Law and Order!”