Homes in London are getting a whole lot cheaper, according to a new report via real estate surveyor e.surv. The exodus from central London continues to accelerate as people move to rural communities amid the virus pandemic. A recovery in home prices for London could take up to five years.

e.surv said home prices across the metro area slumped 10.8% in the year through January. Prices of homes in the financial district, Canary Wharf, sank 9.5%. Outside the metro area, UK home prices in rural communities see a boom as people flee the metro.

Bloomberg, using e.surv data, shows how property prices in central London are sliding as suburban ones are rising.

“The regions have benefited as city dwellers have opted to embrace working from home with far less commuting,” said Richard Sexton, director at e.surv. “Lifestyle changes and the stamp duty change have worked together to underpin the price rises of the last year.”

In a separate report, broker Knight Frank LLP warned that luxury homes in London might not return to their peak values (last seen in 2014) for another five more years. 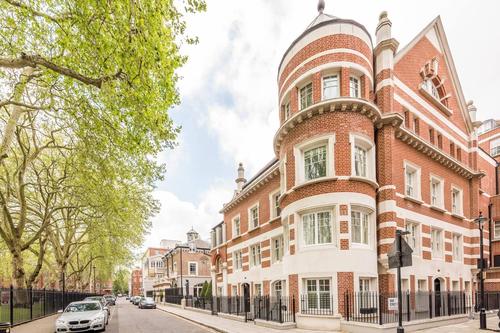 Knight Frank said home prices in London’s luxury communities would only see a 25% price rise through 2025. That would reverse a 21% drop since their high as Brexit uncertainties, trade wars, pandemic, and tax hikes weighed on transactions.

Knight Frank agreed with e.surv as people are increasingly looking for more space in the countryside rather than living in central London.

“A tax increase on foreign buyers in April could also slam the brakes on deals in the city center,” Knight Frank said.

“Demand from international buyers may initially be more skewed toward properties with outdoor space than it was before the pandemic,” the broker said. “This could make any recovery in prime central London prices more inconsistent across different property types.”

Revenge Of The Real World