After abruptly delaying the release of a long-waited report on the origins of the coronavirus, a version of the report was leaked over the weekend (following reports that Chinese officials had interfered in the review process).

On Sunday night, 60 Minutes raised some serious questions about the WHO’s investigation of the pandemic’s origins in the city of Wuhan. When interviewer Lesley Stahl accused a member of the WHO team of simply taking Beijing’s word for it. He replied, incredulously, “what else can we do?”

Well, it appears the WHO leadership in Geneva has accepted the fact that their “report” on the virus’s origins, which essentially confirmed speculation that first surfaced more than a year ago (that the virus entered the human population from bats via an intermediary, possibly a civet or another such creature) has failed to dissuade the public of the notion that the virus likely leaked from a nearby lab, the Wuhan Institute of Virology. 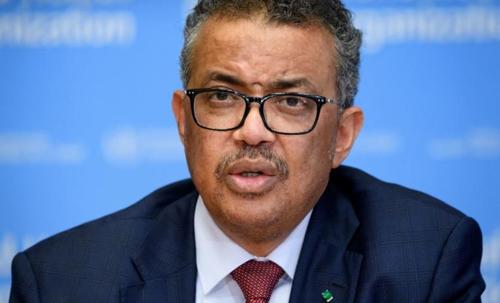 WHO Director-General Dr. Tedros Adhanom Ghebreyesus heralded the report’s release on Tuesday with a mea culpa for the WHO: Dr. Tedros said the mission to China didn’t adequately explore whether the virus might have leaked from the lab, before saying that more studies will be needed.

“In my discussions with the team, they expressed the difficulties they encountered in accessing raw data,” Dr. Tedros said. “I expect future collaborative studies to include more timely and comprehensive data sharing.” The conclusions that the virus origins remains incomplete likely means that tensions over how the pandemic started – and whether China has helped or hinder efforts to find out, as the United States has alleged – will continue.

This marks the first time the WHO has appeared willing to countenance the possibility that the virus might have leaked from the lab, something former Trump national security official Matt Pottinger has repeatedly warned about.

What’s more, Dr. Tedros said China withheld raw data on early COVID cases from the team of researchers, which had requested it.

In a tweet published just hours before Dr. Tedros made his remarks, former Secretary of State Mike Pompeo slammed the report as a “sham”.

The WHO report is a sham continuation of the CCP-WHO disinformation campaign. It’s why I recommended we leave WHO. Dr. Tedros collaborated with Xi to hide human to human transmission at a CRITICAL juncture. WIV remains the most likely source of the virus — and WHO is complicit.

Mission leader Peter Ben Embarek said Tuesday as the report was released that the team hadn’t done a “full audit” of laboratories (since it’s so obvious that nobody is hiding anything.). He described the report as “a work in progress” and added that “until we have a firm lead leading us in one direction we aren’t closing the other doors”.

Because clearly nobody is hiding anything

As far as the lab-leak theory goes, Embarek acknowledged that “it’s possible.” But more studies are needed, and whether or not Beijing will cooperate remains unclear.

“I think there is a consensus that new studies need to be undertaken preferably as soon as possible…but in the proper way…well-planned…well-organized.” Some are ongoing, some still need to be started, Ben Embarek said.

In the report, the team acknowledged that despite China’s insistence that the Huanan Wet Market was ground zero for the Wuhan outbreak, none of the animal products sampled at the market tested positive. Still, they insisted that the “lab leak” scenario was the least likely hypothesis.

One way the team could help determine the virus’s origin, and thus test the theory that it occurred naturally, would be to access massive troves of patient data from across China stretching back to Sept. 2019, months before the outbreak was reported to the WHO.

But China has steadfastly refused to provide this data. And as such, Dr Tedros added in a tweet that “all hypotheses remain on the table.”

Finding the origin of a virus takes time and we owe it to the world to find the #COVID19 virus source so we can collectively take steps to reduce the risk of this happening again. No single research trip can provide all the answers.

He better be careful…

Watch it Ted or there is a mansion in Xinjian with your name on it https://t.co/FeeWikYFcc

While the WHO’s willingness to anger Beijing with this latest pronouncement about the virus’s origins may come as a surprise, in one respect, the agency had little choice: to western readers, the lack of Chinese cooperation and the obvious dissembling surrounding key aspects of the investigation are simply too suspicious to ignore. And no matter what the agency says, readers could easily come to their own conclusions. 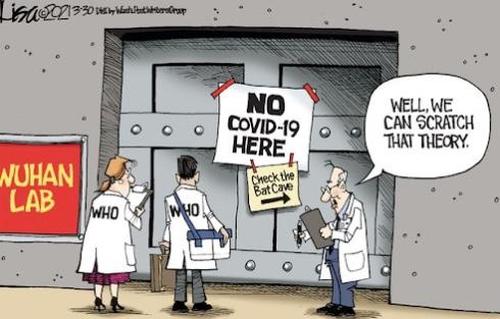 Readers can read Dr. Tedros’ full remarks here. The closing remarks, where Dr. Tedros noted the fact the review is essentially incomplete, can be found in full below:

Thank you, Dr Peter Ben Embarek, Professor Liang and the whole team for sharing your report and presenting your findings.

I welcome your report, which advances our understanding in important ways.

It also raises further questions that will need to be addressed by further studies, as the team itself notes in the report.

As Member States have heard, the report presents a comprehensive review of available data, suggesting that there was unrecognized transmission in December 2019, and possibly earlier.

The team reports that the first detected case had symptom onset on the 8th of December 2019. But to understand the earliest cases, scientists would benefit from full access to data including biological samples from at least September 2019.

In my discussions with the team, they expressed the difficulties they encountered in accessing raw data. I expect future collaborative studies to include more timely and comprehensive data sharing.

I welcome the recommendations for further studies to understand the earliest human cases and clusters, to trace the animals sold at markets in and around Wuhan, and to better understand the range of potential animal hosts and intermediaries.

The role of animal markets is still unclear.

The team has confirmed that there was widespread contamination with SARS-CoV-2 in the Huanan market in Wuhan, but could not determine the source of this contamination.

Again, I welcome the recommendations for further research, including a full analysis of the trade in animals and products in markets across Wuhan, particularly those linked to early human cases.

I concur with the team’s conclusion that farmers, suppliers and their contacts will need to be interviewed.

The team also addressed the possibility that the virus was introduced to humans through the food chain.

Further study will be important to identify what role farmed wild animals may have played in introducing the virus to markets in Wuhan and beyond.
The team also visited several laboratories in Wuhan and considered the possibility that the virus entered the human population as a result of a laboratory incident.

However, I do not believe that this assessment was extensive enough. Further data and studies will be needed to reach more robust conclusions.

Although the team has concluded that a laboratory leak is the least likely hypothesis, this requires further investigation, potentially with additional missions involving specialist experts, which I am ready to deploy.

We will keep you informed as plans progress, and as always, we very much welcome your input.

Let me say clearly that as far as WHO is concerned all hypotheses remain on the table.

This report is a very important beginning, but it is not the end. We have not yet found the source of the virus, and we must continue to follow the science and leave no stone unturned as we do.

Finding the origin of a virus takes time and we owe it to the world to find the source so we can collectively take steps to reduce the risk of this happening again.

No single research trip can provide all the answers.

It is clear that we need more research across a range of areas, which will entail further field visits.

Before I conclude I want to express my thanks to the experts from around the world and China who participated in the report, and look forward to continuing this important work.

Excellencies, as always, we are grateful for your continuing engagement, and we look forward to your questions and comments.

Embarek also pushed back against reports that China tried to meddle with the report, which can be read in its entirety below:

Food Inflation Is The Best Predictor Of Bond Yields