Los Angeles County Is Riskiest Area In The US: FEMA

Los Angeles County has been named as the riskiest county in the United States, according to a new Federal Emergency Management Agency (FEMA) index that examines 18 types of natural disasters, including earthquakes, hurricanes and tornadoes, floods, volcanoes and tsunamis. 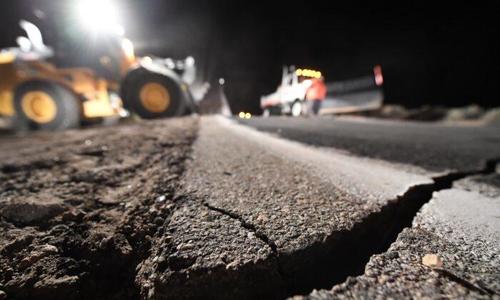 Of the more than 3,000 U.S. counties surveyed, Los Angeles County ranked highest in FEMA’s National Risk Index, which looks at how often natural disasters strike, how many people and how much property are in harm’s way, how socially vulnerable the population is, and how well the region is able to recover. 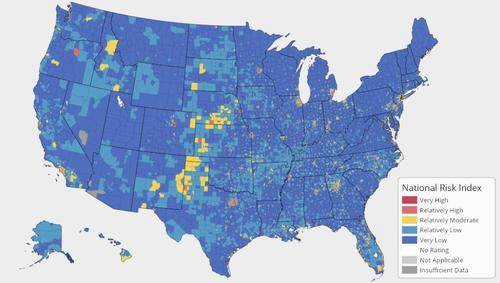 In contrast, FEMA has named Loudoun County, a Washington, D.C. outer suburb, as having the lowest risk of any county. Three other Washington suburban counties rank among the lowest risks for larger counties, along with suburban Boston, Long Island, suburban Detroit and Pittsburgh.

FEMA’s Mike Grimm said that although the ranking may seem “counterintuitive,” the degree of risk isn’t based solely on the frequency of natural disasters but it also considers how devastating the toll would be on a region.

Therefore, two New York City counties, Philadelphia, St Louis, and Hudson county in New Jersey have been named among FEMA’s top five most dangerous counties for tornadoes. Meanwhile, Oklahoma county in Oklahoma, which has been struck by more than 120 tornadoes in the past seven decades, has been placed in 120th place on the list.

A tornado in the top five would be “a low frequency, potentially high-consequence event because there’s a lot of property exposure in that area,” University of South Carolina Hazards and Vulnerability Research Institute’s director, Susan Cutter, told The Associated Press.

“Therefore, a small tornado can create a large dollar loss.”

While Oklahoma is twice as likely to be struck by tornadoes than New York City, New York has higher damage potential due to the higher population and property value.

“It’s that risk perception that it won’t happen to me,“ Grimm said.

“Just because I haven’t seen it in my lifetime doesn’t mean it won’t happen.”

A list of tips published on FEMA’s website urges Americans to take steps to prepare for potential natural disasters.

THEY WANT BLOOD: Mozilla Argues “More Must Be Done” to Rid Internet of President Trump and other “Bad Actors”

What’s next for Trump?