After spending the last 18 months writing about how real estate in New York was collapsing due to the pandemic, we have to admit is it nice to see some signs of life anywhere in the city.

Many of these new sales have been in new towers “designed to mimic the style of century-old co-ops, but without the onerous restrictions of those buildings,” the report notes.

“I’m not saying the glass box is over. But it might be over. It may have had its day,” said broker President Donna Olshan.

Sales of luxury apartments have outperformed the rest of the Manhattan market, despite us perpetually noting that real estate in places like “Billionaire’s Row” continues to be sold at massive discounts. Upper East Side deals have also been helped along by discounts. 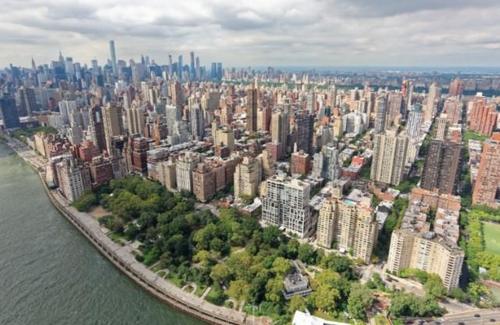 For example, 1010 Park Ave. had lowered asking prices on two units that turned out to be the second-biggest contracts for two weeks in January. Gary Barnett, chairman and founder of Extell, the developer of the property, commented: “Buyers are responding to getting something truly exceptional at a very favorable price in today’s market.”

One townhouse that sold in December had been reduced 48% but still wound up as the second most expensive contract in the city, at $9.75 million.

One popular tower has been The Benson, which is still under construction on Madison Avenue near 80th Street. The report notes that 8 of the 15 full-floor units have been sold already. One apartment on the 15th floor recently went under contract for $14.15 million, marking the second most expensive deal that week.

The next week, the Upper East Side saw the most expensive transaction in the city when two apartments at 1228 Madison Ave. sold for a combined $27.85 million. During the week of January 4, a penthouse listed for $32.5 million at 109 E. 79th St. was the top pending sale of the week.

New projects allow people who want to stay on the Upper East Side to find new property without having to deal with the renovation logistics of co-op approvals. John Usdan, chief executive officer of Midwood Investment & Development said: “Younger people who are in the market for the first time, to really buy a permanent home, just don’t have the time or expertise to navigate those kind of issues.”

He continued: “When you look historically about what’s happened in pandemics, wealthy people have been the first to leave the centers of diseases. Then they come back.”

Dr. Anthony Fauci: The Highest Paid Employee In The Entire US Federal Government