Despite a continued plunge in total ridership, with the company reporting a whopping 51% drop in January rides Y/Y… 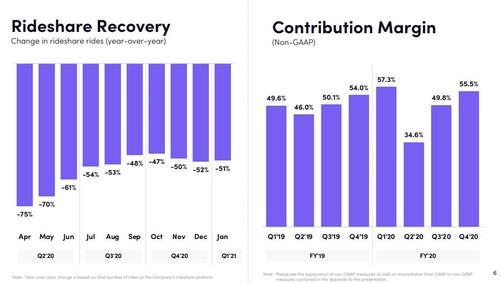 … Lyft inched closer to break-even as the amount of revenue it gets from each customer and its contribution margin both rose helping lift revenue and EBITDA both rebound sequentially (if slide on an annual basis). 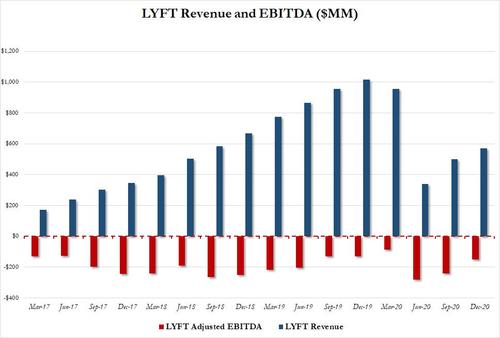 The pure-play ride-hailing company, which unlike Uber does not have an ancillary delivery service which offers a revenue buffer during times or ridership stress (like now), reported adjusted EBITDA of $150 million in the fourth quarter, worse than a year earlier but better than the ($182.7) consensus estimate. 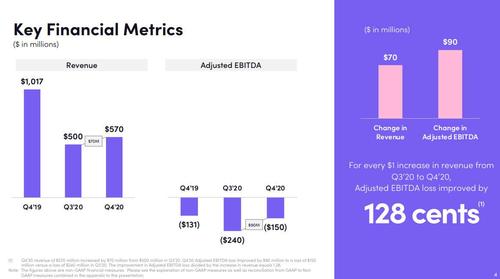 Here are the main highlights from Q4:

Yet while this mixed picture would hardly sparked confidence in the stock, John Zimmer, the co-founder and president, said company-wide cost cuts guarantee Lyft will “absolutely” turn a quarterly adjusted profit this year. However, he declined to provide a forecast for the first quarter, citing uncertainty around vaccine distribution.

In an interview with Bloomberg, the company said it had exceeded goals to reduce spending last year and is focused on going further this year. “We were targeting $300 million of annualized savings, and we came out with $360 million.” 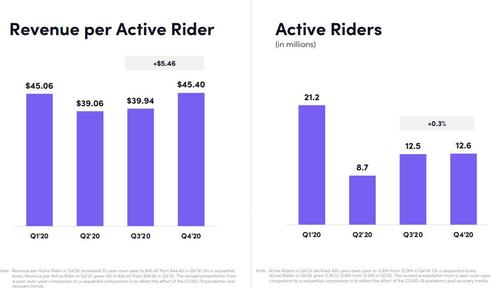 Since Lyft does not have a delivery business unlike Uber, the company struck delivery partnerships with Grubhub for food and Blue Cross Blue Shield for pharmaceuticals but has been unable to keep pace with Uber which shifted its own business toward delivery. In December, Lyft lowered its outlook.

In response to the earnings, investors were happy to overlook the ridership miss and instead focused on the jump in revenue per user and the promise of profitability, sending the stock nearly 10% higher after hours. 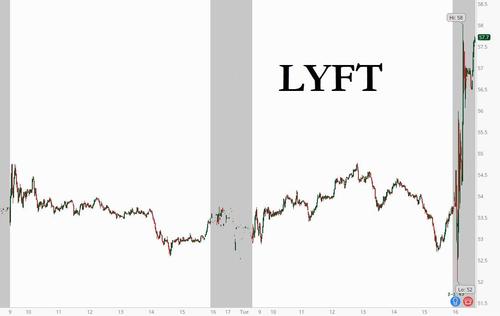 “This Is For You, Dad”: Interview With An Anonymous GameStop Investor

Big Brother Is Spying On You In Thousands Of Ways, And All Of That Info Now Goes Into Centralized “Fusion Systems”