At least 15 people were killed after an SUV packed with dozens of people slammed into a semi-truck hauling trailers of gravel in Imperial County, California, on Tuesday morning, according to CNN.

“We believe there were 27 passengers in this SUV that struck a semi-truck full of gravel,” emergency room managing director Judy Cruz said in a Facebook Live video. 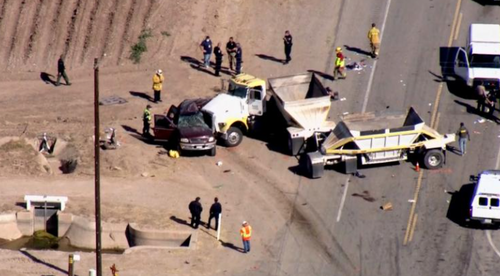 Cruz said 14 people died at the scene. Three others “were flown out from the scene, seven patients transported to El Centro Regional Medical Center, where, unfortunately, one of those has died since arrival. And two patients were transferred to Pioneers hospital,” she said. 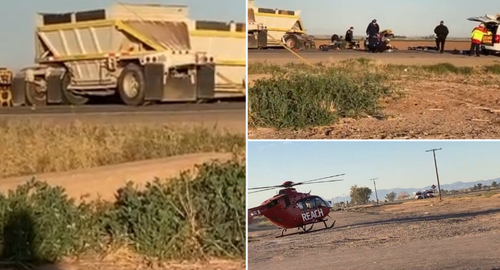 The crash’s cause was not immediately determined, but the incident area appears to be at a major intersection. 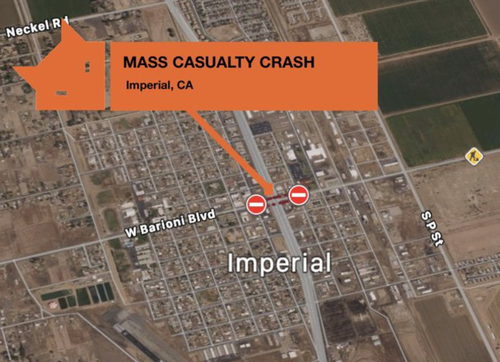 Google Maps shows the accident area is about ten miles north of the Mexico–US border. 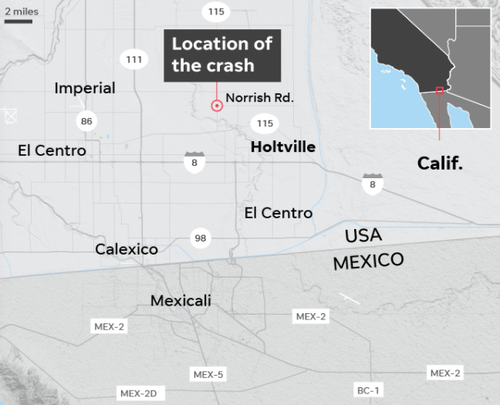 Another picture of the scene. 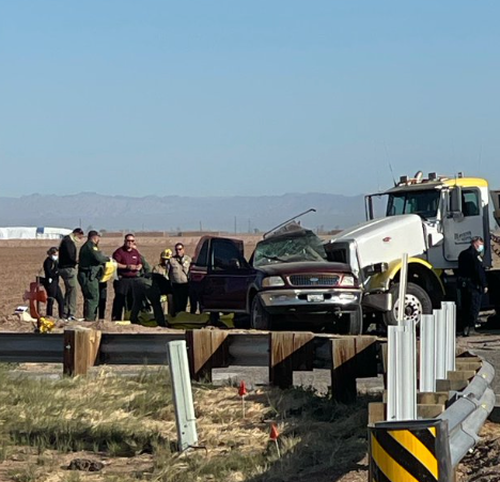