“The massive mid-ocean ridge system is a continuous range of underwater volcanoes that wraps around the globe like seams on a baseball, stretching nearly 65,000 kilometers (40,390 miles),” according to the National Oceanic and Atmospheric Administration (NOAA).

“The ridge system forms the longest and largest mountain range on Earth, winding its way between the continents,” NOAA continues.

The majority of the system is underwater, with an average water depth to the top of the ridge of 2,500 meters (8,200 feet).”

“The mid-ocean ridge is the most extensive chain of mountains on Earth, with more than 90 percent of the mountain range lying in the deep ocean. 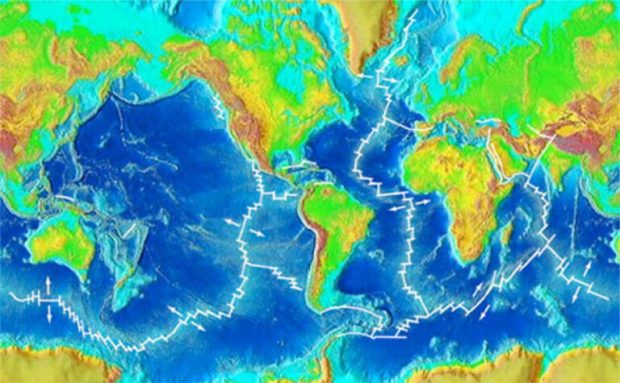 The nearly continuous, global mid-ocean ridge system is clearly visible on this map of global topography above and below sea level. – NOAA

Sen. Johnson: Capitol Breach Didn’t Seem Like An “Armed Insurrection” To Me

COVID’s Lesson: Some Animals Are More Equal Than Others