New York Mayor Bill de Blasio says NYPD officers should pay people home visits if they engage in “hurtful” behavior to others even if the action isn’t criminal. 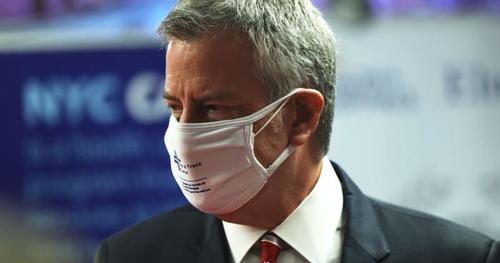 What could possibly go wrong?

“Even if something is not a criminal case, a perpetrator being confronted by the city, whether it’s NYPD or another agency, and being told that what they’ve done was very hurtful to another person — and could, if ever repeated, lead to criminal charges — that’s another important piece of the puzzle,” de Blasio told reporters.

The Mayor failed to define precisely what he meant by “hurtful,” but since he framed it in the context of non-criminal behavior, he can only be referring to mean words.

De Blasio urged officers to “confront” people to tell them their behavior is “not appropriate,” urging alleged victims to make more reports to authorities.

He then even suggested that cops, instead of responding to actual crimes, should visit New Yorker’s homes to police their speech.

“I assure you, if an NYPD officer calls you or shows up at your door to ask you about something you did, it makes people think twice,” he said. “We need that.”

De Blasio made the comments in light of yet another contrived moral panic, this time over an alleged rise in “hate crime” towards Asians.

The narrative was bolstered after a gunman slaughtered eight people – including six Asian women – at massage parlors across Atlanta, Georgia.

The media has either glossed over or outright ignored the fact that two white victims also lost their lives and that the attack was motivated by the killer’s sex obsession and had nothing whatsoever to do with race.

The Race To Save Lives: Comparing Vaccine Development Timelines

Scott Atlas Unleashed: Truth Matters, ‘Recovery From This Madness Will Be Slow’