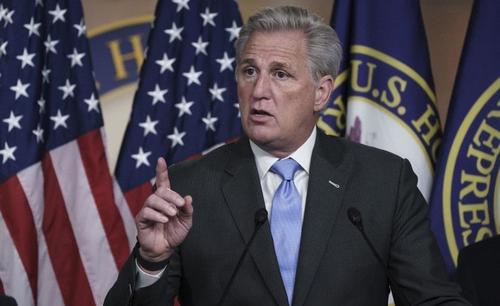 “Past comments from and endorsed by Marjorie Taylor Greene on school shootings, political violence, and anti-Semitic conspiracy theories do not represent the values or beliefs of the House Republican Conference,” said McCarthy in a statement following the meeting. “I condemn those comments unequivocally. I condemned them in the past. I continue to condemn them today. This House condemned QAnon last Congress and continues to do so today.” 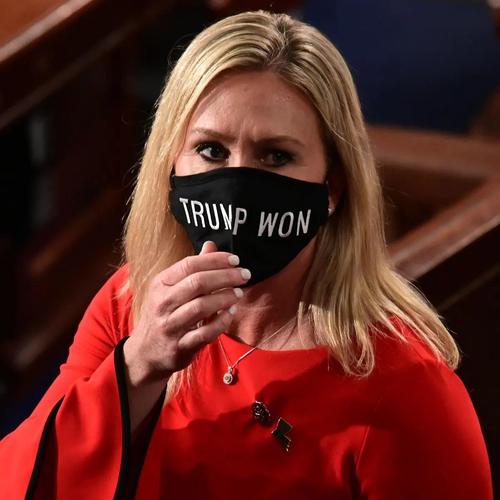 McCarthy, who met with Greene on Tuesday, added:

“I made this clear to Marjorie when we met. I also made clear that as a member of Congress we have a responsibility to hold ourselves to a higher standard than how she presented herself as a private citizen. Her past comments now have much greater meaning. Marjorie recognized this in our conversation. I hold her to her word, as well as her actions going forward.”

Democrats, meanwhile, are gearing up for a floor vote to strip Greene her of her posts due to her beliefs.

“I spoke to Leader McCarthy this morning, and it is clear there is no alternative to holding a Floor vote on the resolution to remove Rep. Greene from her committee assignments,” said House Majority Leader Steny Hoyer (R-MD), who rejected a deal from McCarthy to remove Greene from the Education and Labor Committee but allow her to remain on the House Budget panel. “The Rules Committee will meet this afternoon, and the House will vote on the resolution tomorrow.”

Democrats were perhaps emboldened to take action against Greene after Senate Minority Leader Mitch McConnell threw her under the bus, saying in a statement that: “Loony lies and conspiracy theories are cancer for the Republican Party and our country.”

Our Tech Minders & The Future Of Public Discourse