The PalletTransport1500 is a square-like robot capable of lifting pallets weighing up to 2,500 pounds. The robot is powered by Honeywell Intelligrated’s Momentum software suite designed to automate warehouses. 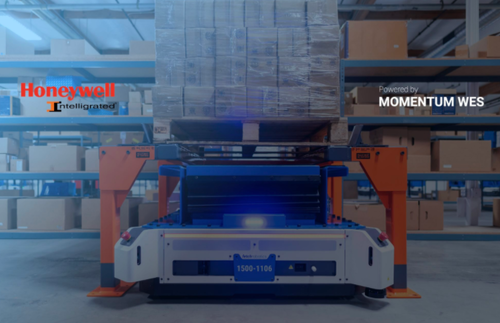 Fetch claims that forklifts are the most significant safety risks in warehouses, resulting in 100,000 injuries every year. Here’s a tweet from the company showing how the robot works.

Our new autonomous warehouse robot is designed to replace forklifts—which are involved in about 100K accidents every year.

Meet PalletTransport1500, designed to sport payloads of up to 2,504 pounds 🦾🤖

Fetch Chief Product Officer Stefan Nusser said, “even the most well-managed distribution centers are struggling to keep up with the ongoing growth of e-commerce, which is putting tremendous stress on facilities and warehouse associates to move goods in and out of facilities at record speed.”

“By combining Fetch’s new PalletTransport1500 with Honeywell Intelligrated’s Momentum, distribution and fulfillment centers will now be able to orchestrate every aspect of automated warehouse execution for maximum facility efficiency and safety,” Nusser said.

While Amazon has been hiring hundreds of thousands of warehouse employees, we’ve been documenting the proliferation of warehouse robots, slated to take human jobs in the coming years (see: here & here).

To sum up, the robot is designed to remove humans from warehouses. We’ve warned readers over the years that a wave of automation and artificial intelligence will displace millions of jobs.

The Trouble With Selling Used Cars…