Now that we’ve spent weeks looking at the P/Ls of winners who turned a couple thousand dollars into millions by buying GameStop stock, the stories of those who took their shot and missed are also starting to slip out through the cracks.

Unfortunately, there are many stories like that of 25 year old security guard Salvador Vergara, recently profiled in the Wall Street Journal, who took out a $20,000 loan and used it to buy shares of GameStop near the top. Vergara, who didn’t want to touch the $50,000 worth of savings he already had in index funds, took the $20,000 he secured at 11.19% and used it to buy GameStop at $234 per share. 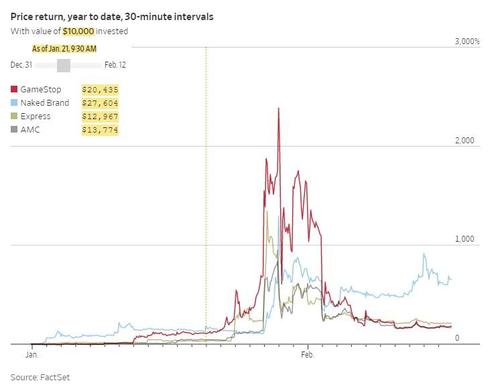 Almost immediately after, shares fell back down to the $50 region, cutting Vergara’s original investment by about 80%. “I thought it could go up to $1,000. I really believed in that hype, which was an awful thing to do,” he said. He said he is going to hold his shares and that he “believes in the company’s turnaround”.

The Journal says his plans are to move back to the Philippines after the pandemic is over and start a charity.

Another investor, Patrick Wesolowski, said that once his dog walking business slowed down during the pandemic, he was able to sit home, read r/WallStreetBets and manage his $15,000 portfolio. “It’s like reading ‘Florida Man’ news headlines with a Wall Street twist,” he told the WSJ.

Wesolowski followed the GameStop chaos and dumped $3,000 into the stock while it was around $3,000. He was checking his portfolio “every 10 minutes” after investing. Eventually, he made peace with it. “If I lose it, I lose it. I’m OK. It’s like going to Vegas,” he said. 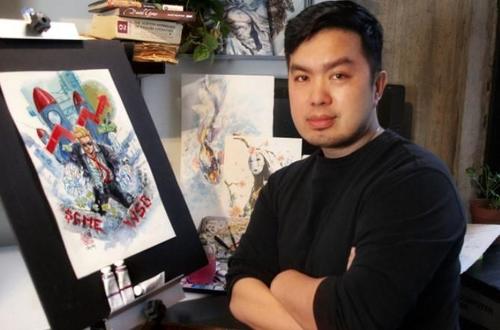 “I knew it was, intrinsically, the wrong move,” another Chicago-based investor named Tony Moy said, about buying $1,200 worth of GameStop shares at $379 and additional shares at $228. He said he wasn’t surprised when the stock tanked but was “excited about the push to stick hedge funds with losses.”

Moy called it a “virtual protest” after an abysmal 2020. Moy lost most of his income during the year and battled Covid-19 himself. Moy, an artist, recently dedicated one of his pieces to the phrase “diamond hands” – used to describe people who would buy GameStop and not sell it on the r/WallStreetBets forum.

“It’s going to be a little reminder to me of how 2020 was the year when hedge funds had a great year and everyone else was struggling,” he concluded.