The Ever Given container ship, stuck in the southern part of the Suez Canal, has been partially refloated, according to Egypt Today Magazine. Tugboat efforts will continue Monday around high tide to clear the blockage in one of the world’s most important shipping lanes. Ever Given has been paralyzed in the canal for nearly a week as more than 450 ships are queued up, waiting to transit the vital shipping lane while others have rerouted around the Cape of Good Hope.

A statement by the Suez Canal Authority (SCA) said the container ship has “responded to the pulling and towing maneuvers.” We reported Sunday at least 14 tugboats and a dredging vessel have worked around the clock for days to move the Ever Given. SCA gave no timeline when the canal would reopen since the vessel is only partially refloated. 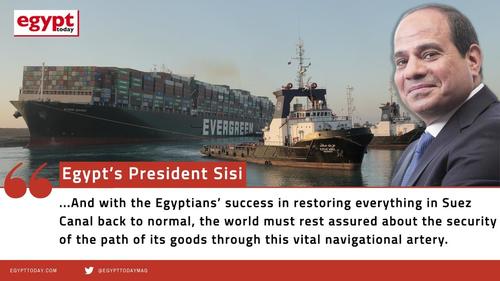 Egypt Today Magazine, using VesselFinder, shows Ever Given’s positioning has changed. The vessel’s bow is positioned more into the channel than ever before.

The local news agency tweeted a video of the salvage team blaring their foghorns in jubilation after the vessel was partially refloated.

VesselFinder shows Ever Given’s trajectory has dramatically shifted into the channel.

SCA confirmed on Monday Ever Given changed its course and is “80% refloated after it was partially freed.”

Egypt Today Magazine notes tugboats have led to the vessel’s partial refloating, and the stern is now 102 meters away from the bank of the canal. There will be additional maneuvers later today once high tide arrives to fully refloat the vessel and position it in the middle of the channel.

As a result of the positive news, crude prices retreated, with Brent crude futures dipping as much as 1.5%.

Peter Berdowski, chief executive officer of Boskalis Westminster, the salvage team’s parent company, told Bloomberg with the vessel partially refloated, the stern of the ship is “still very stuck in the mud.”

“Putting the rear end of the ship afloat was the easy part,” Berdowski said to Dutch NPO Radio. “The challenging part will be the front of the ship. Now, we will start working at the front.”

There are still no timelines when the vessel will be fully refloated. More than 450 ships have been stuck around the canal, waiting to transit the canal. Global supply chains have already been affected as some vessels have rerouted around the Cape of Good Hope. 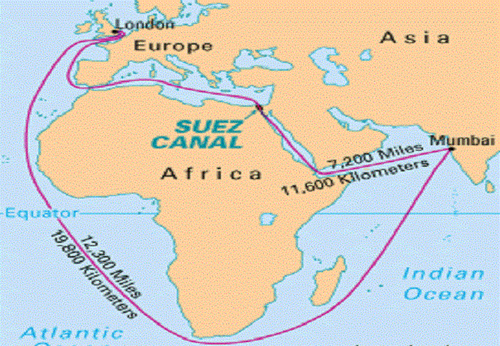 Even when Ever Given is refloated – the backlog of vessels, 450 and counting, would mean that it would take at least ten days to resume normal activity in the canal, meaning the Suez crisis is not over.

“It’s one thing to refloat the ship, and it’s another thing to clear the canal of traffic completely,” Hugo De Stoop, CEO of oil-shipping firm Euronav, said to Bloomberg Television. “Whatever has been accumulated so far will take time to clear. Tentative timeline is probably two to three weeks, because the Suez canal was used probably at full capacity.”

With the vessel partially refloated, and once high tide returns, the vessel’s own propulsion system might be used in conjunction with the dozen-plus tugboats.

The good news is that the worst-case scenario of unloading the vessel might be avoided. As JPMorgan’s Marko Kolanovic told clients last week, any reloading of the vessel risks “ship breaking.”

These Are The Companies Whose Employees Most Often Get Payday Loans

Why you should consider ordering The Matrix Revealed