Daimler AG’s Mercedes-Benz rolled out its battery-powered EQA SUV as part of a plan to take on Tesla and Volkswagen.

Mercedes-Benz’s first fully-electric SUV will be available in the coming months. EQA’s retail price will be set around 47,541 euros ($57,734) and have a range of approximately 486 kilometers (302 miles). 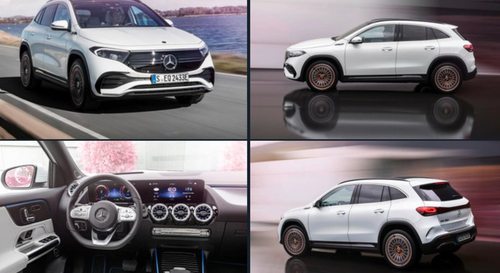 Bloomberg notes unlike Tesla Inc.’s Model 3 or Volkswagen AG’s ID.3, Mercedes-Benz outfitted an existing combustion-engine vehicle with electric motors instead of developing one from scratch.

“The German manufacturer modified the underpinnings of its GLA crossover to reduce upfront investment and save time compared to building an all-electric vehicle from scratch. It’s a trade-off that often comes at the expense of driving distance and production-cost efficiencies,” Bloomberg said.

The price of a lithium-ion battery pack is expected to drop in the next couple of years, allowing automakers to manufacture mass-market electric vehicles for the same cost as those running on petrol.

The cost right now stands around $137 per kilowatt-hour. As soon as $100 per kilowatt-hour is reached in the next couple of years, it would allow major automakers, such as Mercedes-Benz to generate profit from the sale of the vehicle.

Daimler Chief Executive Officer Ola Kallenius expects the electric shift  will eventually make it to larger vehicles such as S-Class and GLS SUV.

“For the first time, we are offering our customers an all-electric Mercedes in the compact segment with an extensive range that ensures its viability in everyday use,” Mercedes sales chief Britta Seeger said in a statement. “The new EQA is an important vehicle along our path toward the electrification of all our vehicle segments.”

Mercedes-Benz will enter the mass-market electric vehicle space in 2024 or 2025, suggesting that Tesla’s European dominance is running out of time.

Give Me Liberty or Give Me a Face Diaper