Update (0910ET): In a promising development for anyone fearful of vaccine supply issues, The Wall Street Journal reports that Merck will help produce Johnson & Johnson’s single-shot Covid-19 vaccine. According to administration officials, President Biden will announce this partnership later today.

While headlines across the mainstream media highlight anecdotal regions that are running low on vaccines, the broader view currently appears to be that there is a ‘demand’ issue – not enough arms to jab – rather than a supply issue.

The entry of Johnson & Johnson’s Covid-19 vaccine into the field of vaccines is going to help protect millions more Americans. But a trust issue remains, outside the normal realm of vaccine-trust issues: people will need to be convinced that the efficacy of the single shot vaccine is worth taking.

The shot, which the FDA approved over the weekend, is undoubtedly going to be more convenient than the others – it is only one shot and can be stored in a conventional refrigerator. But some are still cautious about the “perception that J&J’s shot is an inferior option,” Bloomberg reported this week. J&J’s shot was found to be 72% effective in the U.S. and 66% effective overseas. Vaccines from Pfizer and Moderna posted efficacy of 95% and 94%, for comparison.

But it is tough to directly compare the results. J&J conducted the largest trial to date, including sites in places like South Africa and Brazil, where the vaccine went up against un-tested virus variations. 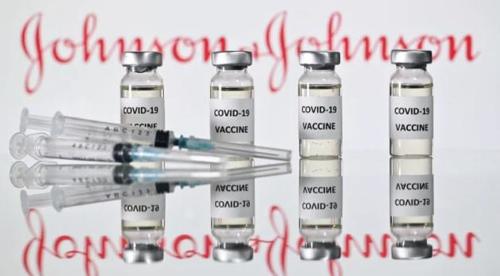 Michelle Williams, an epidemiologist and dean of the Harvard T.H. Chan School of Public Health, said: “This is not the time to be quibbling over decimal places or the levels of efficacy that we’re seeing. Vaccines are a public health tool meant to keep people from getting sick, becoming hospitalized, and overwhelming the health-care system.”

And this is what J&J’s shot does. It was 85% effective in preventing severe disease after 28 days.

Gorsky continued: “We think that’s particularly true in the United States when you think about rural areas but equally as important when you get outside to you know, the developing world where it’s going to be so important.”

Additionally, it will be easier to distribute. The U.S. is expected to start shipping 3.9 million doses to states this week, with some already arriving. 20 million doses have been promised by the end of March. Gregory Poland, a virologist and director of the Mayo Clinic’s Vaccine Research Group, said Friday: “A one-dose vaccine decreases the burden on the health-care system.”

Pediatric infectious disease specialist H. Cody Meissner said: “It’s important that people do not think that one vaccine is better than others. All vaccines work with what appears to be equal efficacy and equal safety as of this time.”

Glen Nowak, director of the Center for Health and Risk Communication at the University of Georgia, thinks that keeping the messaging around the jab simple will be helpful: “When you start to communicate complexity and nuance, you lose people.”

And America’s favorite doctor, Anthony Fauci, has simply stated: “The vaccine that’s available to you — get that vaccine. It is important to get as many people vaccinated as quickly and as expeditiously as possible.”