Fresh Nord Stream 2 pipeline controversy has erupted in Germany as Angela Merkel’s government stands accused of attempting to arrange a quid pro quo with top American officials to get them to call off the sanctions regimen that’s aimed at thwarting construction and completion of the project.

Berlin reportedly offered to spend $1 billion on American gas if Washington would stop piling on sanctions and allow the Russia to Germany pipeline to be finished, which under normal circumstances would be just months away. 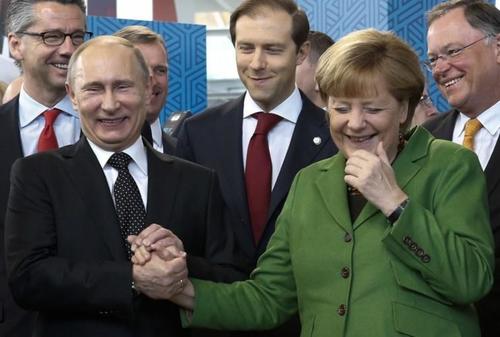 The US position which hardened under the Trump administration and its sanctions on any companies or their executives working on NS-2 was that it would made Europe more energy-dependent on Russia and thus more susceptible to its geopolitical influence, while at the same time “punishing” Ukraine. However, critics have pointed out the US has economic interests as well, namely the desire to sell its own LNG to Germany.

It appears Merkel government tried to tap into this clear economic motive, knowing this might be the most direct ‘opening’ with then President Trump.

The details of the brewing scandal, according to UK’s The Telegraph, are as follows:

In it, Mr Scholz offered to invest $1bn on new infrastructure to import American liquefied natural gas (LNG) at German ports if the US dropped the planned sanctions.

And now thrown into the mix and adding to the scandal is the Alexei Navalny affair. The United States and Ukraine have used Russia’s arrest of the Russian opposition activist who was allegedly poisoned by nerve agent last August to put pressure on Merkel over the Nord Stream 2 project.

Earlier this month even after Russia expelled diplomats from Germany, Sweden and Poland for allegedly taking part in pro-Navalny rallies, which the embassies for the most part denied, Berlin said it’s sticking with cooperation with Russia on Nord Stream 2 “for the time being”. 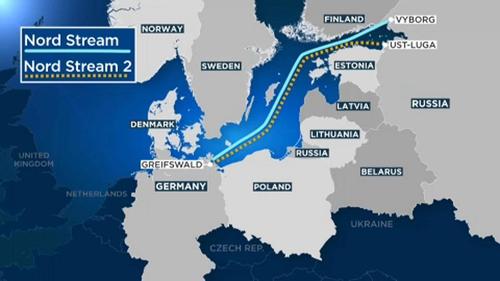 Gazprom has recently estimated that only 6% of the pipeline remains till completion. This is equal to about 150kim, which Russia has vowed to see through to finish.

Trump had slapped new sanctions on the project right up through his final weeks in office, which prompted Gazprom and Russian officials in January to issue a surprise statement over the growing “risk” that the project could be suspended altogether if more Washington sanctions are added.