Throughout Wednesday, snow will fall across the Upper Midwest. Winter storm watches and warnings are in effect for North and South Dakota, Nebraska, Iowa, Minnesota, and parts of Wisconsin. 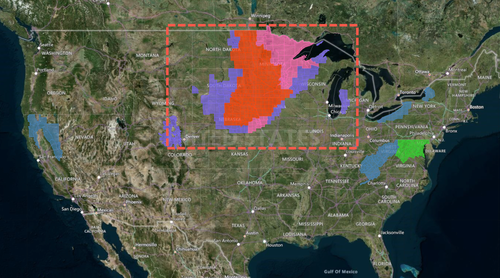 “Winds could gust as high as 60 mph, causing significantly reduced visibilities in blowing snow,” according to NWS.

As the storm moves towards the East Coast on Christmas, it will become a significant rainmaker from the Deep South to Upstate New York.

CNN meteorologist Gene Norman said this storm could produce “dangerous winds and even a few brief isolated tornadoes. Especially at risk on Christmas Eve are eastern sections of North and South Carolina, southern Georgia and Alabama, and parts of the Florida Panhandle.”

Snow is expected from the Ohio Valley to the Tennessee Valley on Thursday afternoon. Much of West Virginia and Eastern Ohio could record upwards of half a foot of snow depending on elevation. 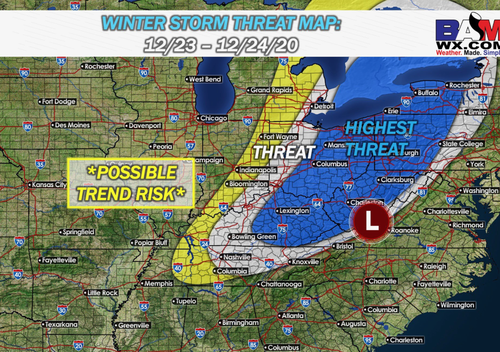 This time around, big cities in the Mid-Atlantic and Northeast will see rain on Christmas eve.

After the storm clears out by the end of the week, the country’s eastern half will get blasted with Arctic air through the weekend.

Addicted to Hope: The Qult of Qanon

Brits See Fastest Decline In COVID Cases In The World