Authored by Terri Wu via The Epoch Times,

As caravans build up in Honduras, migrants are increasing at a “concerning rate” at the United States southern border, according to Matthew Hudak, U.S. Customs and Border Protection (CBP) chief patrol agent of the Laredo sector in Texas. He warns that immigration is just a piece of the threat coupled with the pandemic health risk and other crimes along the border. 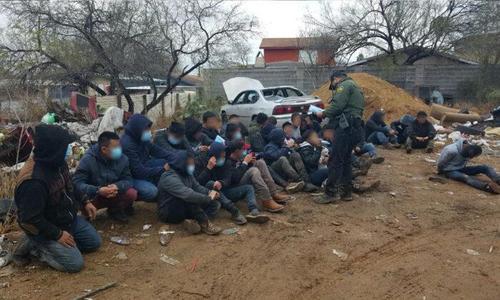 “Like everybody, we’re tracking the formation of these caravans in Central America,” said Hudak. The Laredo Sector is one of nine CBP sectors along the southern border. It contains about 135 miles of the international border with Mexico.

“Do not waste your time and money, and do not risk your safety and health.”

According to Hudak, the Laredo Sector hasn’t seen a reduction of migrants in response to the statement. It has made over 30,000 arrests in this fiscal year, a 50 percent increase over the same period last year. Hudak added that similar trends are identified by other sectors on the southern border. The U.S. government fiscal year starts on Oct. 1. Hudak called the 50 percent increase “a pretty concerning rate.” 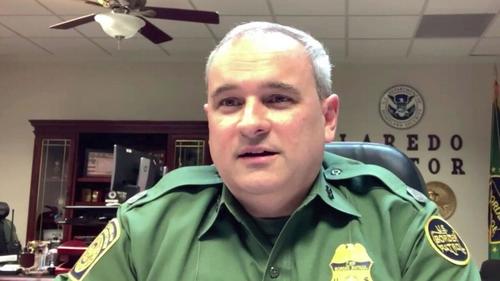 He told The Epoch Times that some portions of the caravan of 9,000 migrants will make their way to the southern border. Part of the group was stopped in Guatemala on Jan. 16. Depending on the pace and the means with which these migrants travel, the arrival time at the U.S.-Mexico border may be between a few days and a few weeks. As of Jan. 21, he hasn’t yet seen a dramatic increase of migrants indicative of caravans arriving at the southern border.

Hudak said that human smuggling is usually achieved with systems shared with drug and firearm smuggling, and the fees migrants are charged feed larger criminal organizations. Therefore, he sees a more significant threat: “We may be talking about one piece of it, which is immigration, but it’s part of a much larger criminal enterprise.” 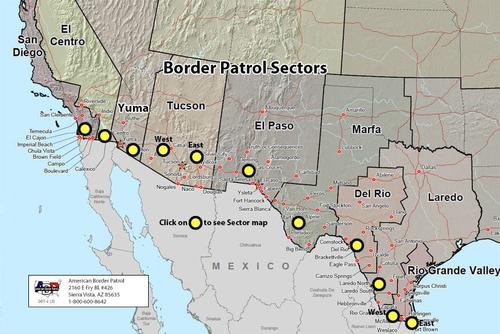 The Laredo Sector is one of nine CBP sectors along the southern border of the United States. It contains about 135 miles of the international border with Mexico. (Americanpatrol.com)

He attributed the trend of migrant increase to the U.S. economy and better healthcare systems, especially during the pandemic. Timing also plays a role.

“We’ve seen the economy in this country get back on track and continue to expand. That’s always a driving force of people coming this way looking for jobs and work. We have done interviews where we do get that information that there is a sense of timing, that now is the time to try to make that journey here to the U.S.”

Teresa De la Garza, Department of Justice (DOJ) accredited immigration representative at Catholic Social Services in Laredo, Texas, went through an 11-year process to become an American. Growing up at the border, she used to go to an international school in Texas and go back home to Mexico every day. She said part of the migrant enthusiasm is fueled by more of a change of president than shifts in immigration policies. 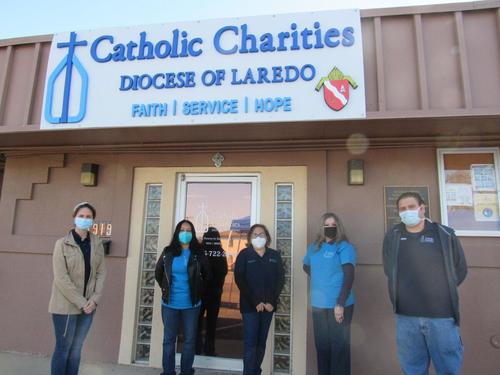 She considered the enthusiasm unrealistic.

“Some of the policies that have changed in these past four years can’t be reversed as soon as another president comes in. It will take time.”

In her view, the new administration will need beyond four years to make significant immigration policy changes.

De la Garza is currently busy with many appointments through March for consulting applicants of the Deferred Action for Childhood Arrivals (DACA) program. The program is for illegal immigrants who were brought into the States before their 16th birthday. A Jan. 20 presidential memorandum has reinstated the program after the Department of Homeland Security put the program on hold for review last year.

The local communities don’t want migrants arriving due to pandemic-related health concerns, according to De la Garza. Just a week ago, CBP intercepted 114 migrants in a box truck. Most of them weren’t wearing personal protection equipment. 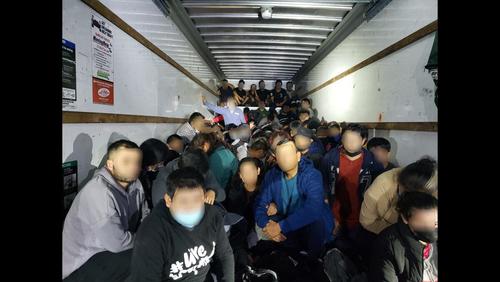 According to Hudak, the top near-term challenges are protecting national security and the workforce during the pandemic and keeping up with the evolution of tactics of the cartels and the smuggling organizations, including using more moving vehicles than large trailer trucks.

In the Developing World, Coal Is Still the King