Roughly 10 months after George Floyd’s fatal encounter with four Minneapolis Police Officers, the city has reached a settlement with the man’s family, agreeing to a $27MM payoff to avert what would likely have been a bruising civil court battle.

Floyd’s family, with the aide of attorney Benjamin Crump, filed a lawsuit against the city back in July, roughly two months after Floyd was killed during an altercation with officer Derek Chauvin and three others. A video showing Chauvin kneeling on Floyd’s neck went viral shortly after, causing an international controversy. Chauvin is about to face trial on murder and manslaughter charges, while the three other officers who were present will face charges of abetting murder later this year.

The settlement was unanimously approved by the Minneapolis City Council on Friday; it’s the largest pre-trial settlement in a civil rights wrongful death case in American history.

“George Floyd’s horrific death, witnessed by millions of people around the world, unleashed a deep longing and undeniable demand for justice and change,” said Crump, the civil rights attorney representing the Floyd family. “That the largest pre-trial settlement in a wrongful death case ever would be for the life of a Black man sends a powerful message that Black lives do matter and police brutality against people of color must end.”

“It was the knee of the entire Minneapolis Police Department on the neck of George Floyd that killed him,” Ben Crump, the prominent civil rights lawyer who is among those representing Mr. Floyd’s family, said at the time.

The NYT pointed out that the Minneapolis settlement follows several other large settlements in high-profile police killings, including a $12MM payout in September from Louisville over the killing of Breonna Taylor, a Black woman, last March. Minneapolis had previously paid one of the largest settlements in a police misconduct lawsuit in May 2019 when the city agreed to pay $20MM to the family of Justine Ruszczyk, a white yoga instructor who was fatally shot by Mohamed Noor, a Black Minneapolis police officer, in 2017.

Some of the money (about $500K) will be given in a donation to “the community” at 38th Street and Chicago Avenue, where the fatal encounter between Floyd and the police took place. 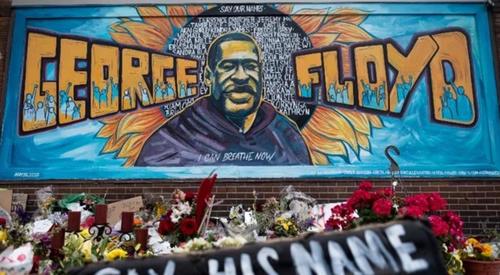 The fact that Minneapolis agreed to such a large settlement doesn’t bode well for Chauvin. A judge ruled that the former officer will face both third- and second-degree murder counts, along with a manslaughter count, as the prosecution seeks to ensure that at least one charge will stick. Conviction on either murder count could see Chauvin spend decades – if not the rest of his life – in prison. As Jonathan Turley wrote earlier, the prospects for more violence during Chauvin’s trial are increasing. Already, at least one juror has been excused after expressing concerns about threats and protesters gathering outside their home. There are already protesters outside of the courthouse and a new “autonomous zone” in the city that is being criticized by police groups. Minneapolis likely hasn’t seen the end of the unrest stemming from an incident that inspired a wave of rioting and protests last year.

The Secret History Of America’s ‘War On Terror’ Mythology