We recently discussed how House managers are claiming the right to use Trump’s failure to testify at his trial as proof of guilt (despite the fact that presidents historically have not given such testimony at Senate trials).  Now CNN has released (on the day before the start of arguments) an account from an unnamed former “senior aide” that Trump was watching the riot in the Capitol unfold and “loving watching the Capitol mob.” 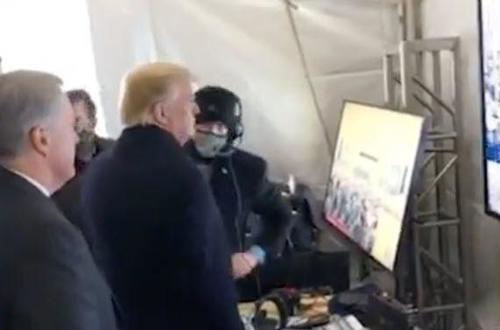 The same pattern emerged in the first Trump trial. It is being described as the “smoking gun” evidence needed to secure conviction. The story highlights the decision of the House not to call witnesses before or after its snap impeachment. The question is why the House would use implication, innuendo, and inference when it could have used direct evidence to seek the conviction of Donald Trump.

The CNN story highlights what has not occurred in the second trial of Donald Trump.  No prosecutor would let weeks go by without seeking to lock in the testimony of witnesses who could offer direct evidence of the statements and actions of Trump during this period. The media has had no difficulty in locating these witnesses and about a dozen names are already known. We know them because many of them have already spoken publicly — an indication that they could have been easily called to appear before House committees without subpoenas (or would not contest subpoenas).

I have no problem accepting that Trump relished scenes of violent protest, but I would like that evidence come in the form of testimony, not media reports. It is the type of account that can shed light on Trump’s state of mind but the House seems entirely content to be a mere pedestrian watching the media interview key witnesses.

The result is a trial that seems circumstantial by design. There is of course ample evidence of what occurred.  No credible litigator leaves a record circumstantial if they can use direct evidence. Much of this evidence and many of these witnesses are known to the House. Yet, it has chosen largely to put on a circumstantial case.

The question is whether the House will highlight this failure by referencing the CNN story, relying on media reports rather than sworn testimony.  It literally has no record in the House of an impeachment hearing, an impeachment investigation, or a formal response from the President. So it will either rely on videos of the rioters or it will seek to reference named and unnamed witnesses presented in the media rather hearings.  The disconnect will only magnify prudential concerns raised by senators and commentators, including myself.

There is also a pattern to this belated release. We saw the same thing unfold before the first Trump trial. The House refused to subpoena or call witnesses before the House Judiciary Committee. The media then released stories just before the trial from some of the very same individuals who were not called to testify.  Some individuals would clearly have testified while others said that they just wanted subpoenas. Later witnesses like former National Security Adviser John Bolton accused the House of “malpractice” in its flimsy prosecution of the impeachment. Now we have the same late minute gotcha stories after weeks of inaction from the House.

This may be the bias of a criminal defense attorney but I prefer evidence of modus operandi to media operandi at impeachment trials.