The prevalence of obesity has become a worldwide phenomenon, and in China, the world’s most populous country, adults are becoming increasingly overweight.

It seems that over the last few decades, China has “absorbed” the best the “West” has had to offer, which includes fast-food restaurants, credit cards, smartphones, apps, and also all the stolen intellectual property, but at the same time imported the worst.

We outlined in 2013 that American influence (“lazy lifestyles”) was quickly spreading across China, creating a massive and unspoken diabetes crisis. 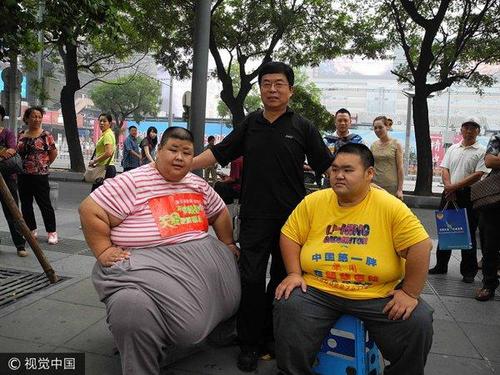 China’s National Health Commission wrote in a new report that in 2002, 29% of adults were overweight. As of 2020, the figure is now 50% of adults are classified as overweight, of whom 16.4% are obese.

Over the last couple of decades, China’s economic miracle has lifted hundreds of millions of people out of poverty and into the middle class. This ultimately changed their lifestyles to those that closely resembled ones in America: one that is exceptionally lazy.

The report outlines how Chinese citizens infrequently exercise, specifying stating that less than 25% of adults workout at least once per week. It was also noted that meat consumption has soared while healthy food intake has dropped.

Wang Dan, a nutritionist in the country, was quoted by AFP as saying that an abundance of Chinese adults “exercise too little, are under too much pressure, and have an unhealthy work schedule.”

It was noted in August that Beijing requested citizens to reduce food waste and asked them to decrease food intake.

Shanghai officials asked residents to snitch on people who overate. The government asked diners to order one fewer dish than usual to conserve food. There was even a restaurant in southern Hunan province that weighed patrons before they ate to adjust their meal size.

The topic of obesity comes into focus as the pandemic has shown overweight or obese people suffer more severe complications or death from COVID-19.

Perhaps in Karl Marx’s eyes, he would see this as just another symptom as the Chinese have betrayed their socialist ideals and instead placed cheap consumerism on a pedal stool.