Downdetector reports customers of E-Trade, TD Ameritrade, Charles Schwab, Robinhood, and Fidelity are experiencing outages and issues 30 minutes into the US cash session on Thursday. This comes as heavily-watched so-called ‘meme stocks’ are higher after yesterday’s late-day gamma squeeze in GME (and AMC, among others).

E-Trade outages and issues were detected around the cash session start. 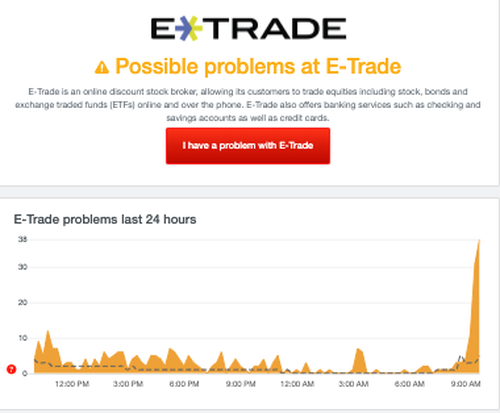 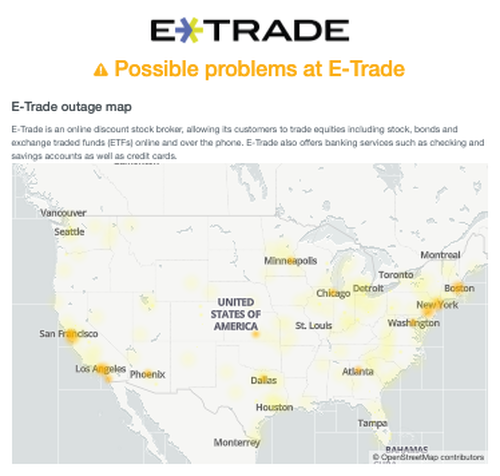 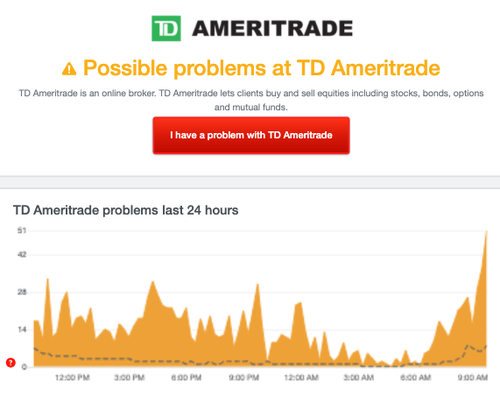 The outage map shows TD Ameritrade disruptions are from coast to coast. 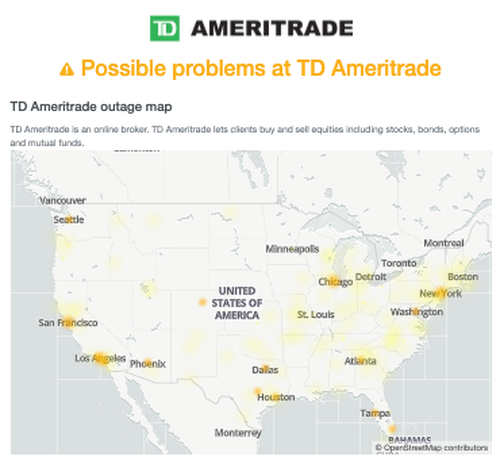 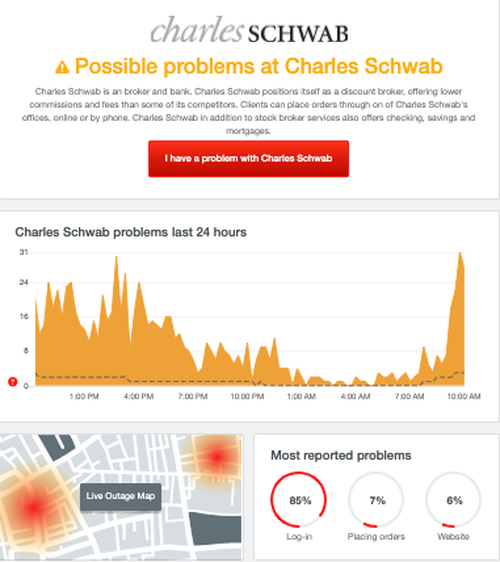 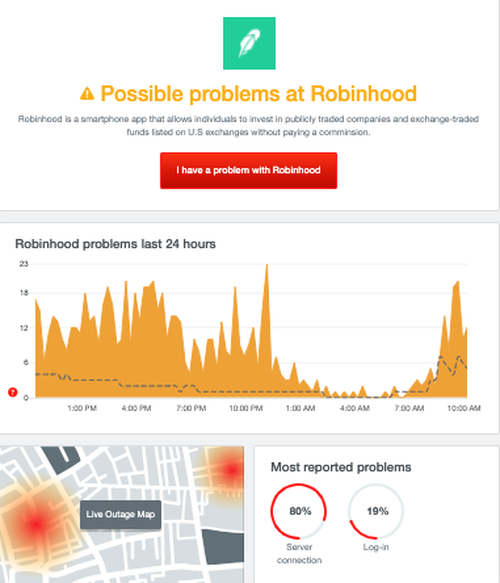 … and so is Fidelity. 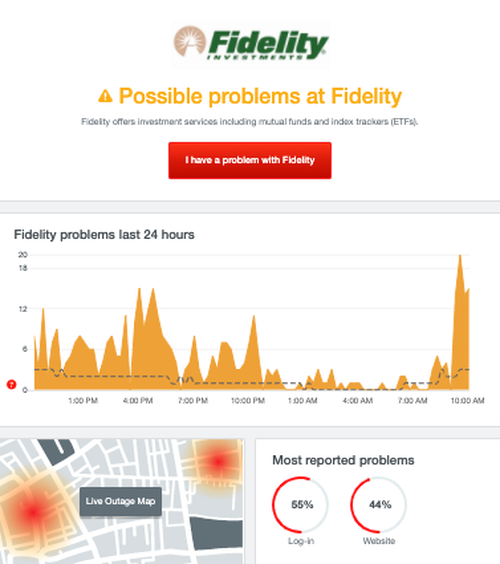 The resurgence in bullish sentiment towards WSB-Short-Squeeze favorites began Wednesday afternoon, with GameStop doubling in minutes.

In a virtual conference on Thursday, Morgan Stanley Chief Financial Officer Jonathan Pruzan said the number of trades customers are making daily on the self-directed online trading platform E*Trade is “off the charts.”