Mother Of Cop Who Died After Capitol Riot Believes It Was Stroke, Not Trump Supporter, That Killed Him

The mother of deceased Capitol police officer Brian Sicknick believes her son may have suffered a fatal stroke during the Jan. 6 riot, but was not hit in the head by a Trump supporter wielding a fire extinguisher, as mainstream outlets began reporting almost immediately after Sicknick’s death. 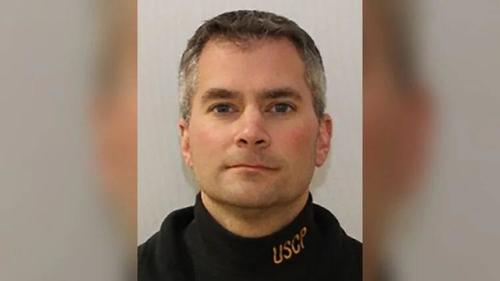 As journalist Glenn Greenwald recently noted, “Sicknick’s death was the only example the media had of the pro-Trump mob deliberately killing anyone,” as the four other people who died that day included Ashli Babbit – who was killed by a police officer, and three other Trump supporters who died, respectively, from a stroke, a heart attack and from being accidentally crushed by the crowd (via counterpunch.org).

And now, it appears Sicknick’s own family believes it was a stroke.

“He wasn’t hit on the head no. We think he had a stroke, but we don’t know anything for sure,” 74-year-old Gladys Sicknick told the Daily Mail.

The lack of detail on Sicknick’s death didn’t stop MSM outlets from lying about it to promote the narrative that Trump supporters were involved in a deadly insurrection. As Sara Carter notes:

On January 8, The New York Times reported that rioters had hit Sicknick in the head with a fire extinguisher while citing two law enforcement officers. The newspaper ultimately issued a correction for the report on February 11 in a separate piece, asserting: “Investigators have found little evidence to back up the attack with the fire extinguisher as the cause of death, the official said. Instead, they increasingly suspect that a factor was Officer Sicknick being sprayed in the face by some sort of irritant, like mace or bear spray, the law enforcement official said.”

Meanwhile, the Daily Mail lays out the facts on the ‘fire extinguisher’:

On January 10 when video emerged of a rioter hurling a fire extinguisher towards law enforcement on the steps of the Capitol it was co-opted into the narrative as evidence of the protesters’ lethal force.

Four days later, on January 14, retired Philadelphia firefighter Robert Sanford, 55, was arrested as the rioter in the video. His charges included assault of a police officer, disorderly conduct, civil disorder and unlawful entry of the Capitol.

The fire extinguisher he hurled was reported by AP to have ‘bounced off the heads of three officers, two of whom were wearing helmets.’

None of the charges related to Officer Sicknick and yet the narrative continued to run unchecked with not one leader acknowledging the ongoing investigation or the complete absence of any certainty amid the melee of misreporting. -Daily Mail

According to brother Ken Sicknick, Brian texted him after he was injured, making no reference to a fire extinguisher.

“He texted me last night and said, ‘I got pepper-sprayed twice,’ and he was in good shape,” Ken told ProPublica. “Apparently he collapsed in the Capitol and they resuscitated him using CPR.”

Sicknick was later placed on a ventilator, passing away on Jan. 7 before his family could make it to the hospital to say their goodbyes.